I did that thing again where I go a long period of time without updating this, which in turn means that I forget what I had been working on.

Anywho, one thing that I had been working on was getting Arisu’s Inventory plugin to work with other plugins. Specifically Way_StorageSystem and the Crafting System.

Long story short: Through much trial and error I was able to get Way_StorageSystem to work…well that one was easy, the others were the trial and error and I think the reason why is that Arisu’s Grid Inventory affects windows based off Window_ItemList, which Storage System is based on, but the Crafting System is actually based on Item Selectable. I have a few ways I think I can fix this, which is find a way to make the Crafting System work with Arisu’s plugin, or edit Crafting System to look like what Arisu’s does. Both should be viable but I’ll see what one is easiest for me.

In other news, I also worked a bit more on the south forest map. One thing that I ended up working on is putting in unlockable shortcuts. Making the player go the long way the first time, but, move a stone blocking a passage, and you get a shortcut you can use to get through things faster. One of the early game ones actually includes a sleeping NPC: 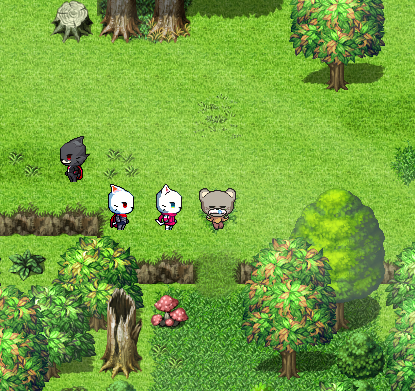 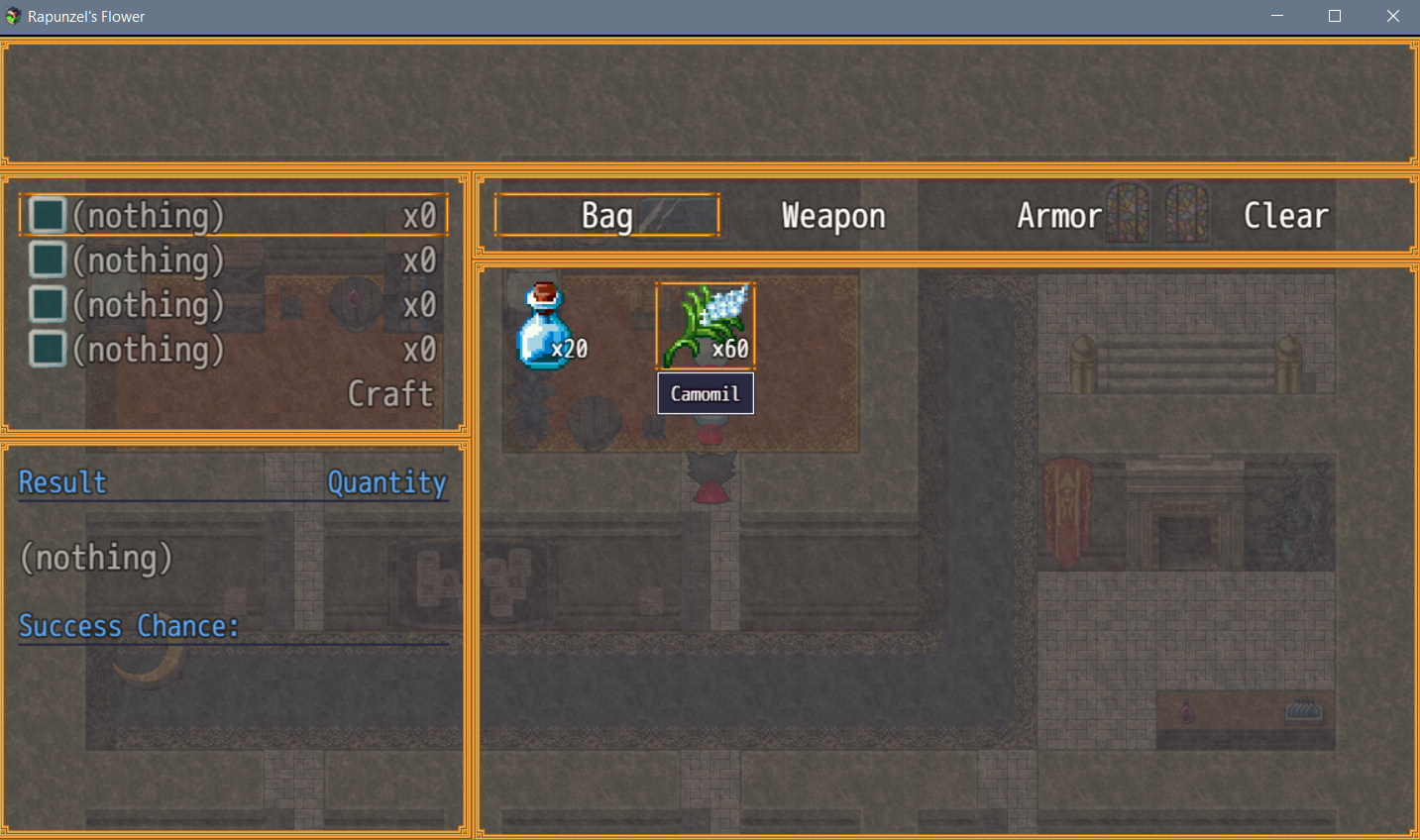 With those visual incompatibilities fixed, I can focus more on setting up the system with the recipes to make items and such.

But first, I solved a little idea I had been thinking of.

Dun dun dun! Tune in Thursday to see what that ideas was 🙂