ABOUT MY ENEMY BALANCING

One of the biggest things that I’ve worked on through out these dev logs is the enemy balancing, and I’ll be honest, I’m not sure if I always wrote enough about what was going on. They system has really changed over the course from having easy/med/hard etc levels for each dungeon, to what I have now, which is legit just one base stat for the entire dungeon: 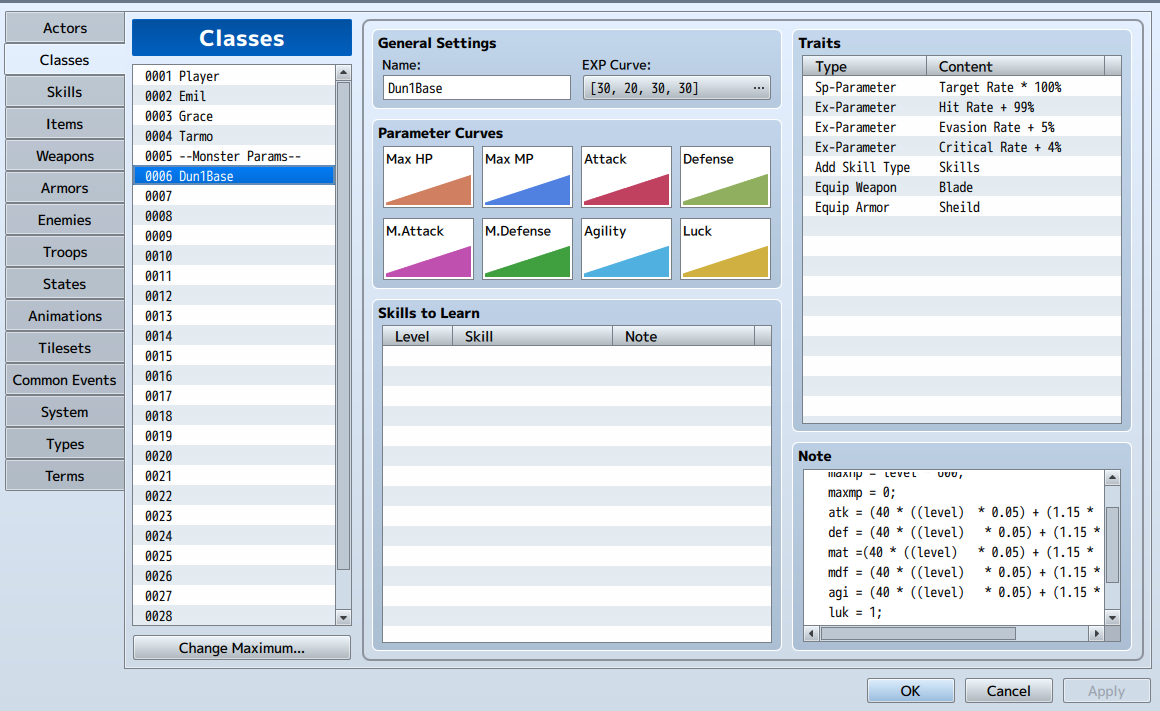 The plan is to use this base and as I determine an enemies role in the dungeon (will it focus on status effects? Defence? Attacks?) Then I’ll tweak their stats accordingly based on the dungeon’s base stats.

Basically it went from this complcated system to this simple system when using actor classes as base enemy stats.

So I went ahead and, even tho I’m not done mapping the south forest, I put in some region ids and set up some new enemy troops to test out for it: 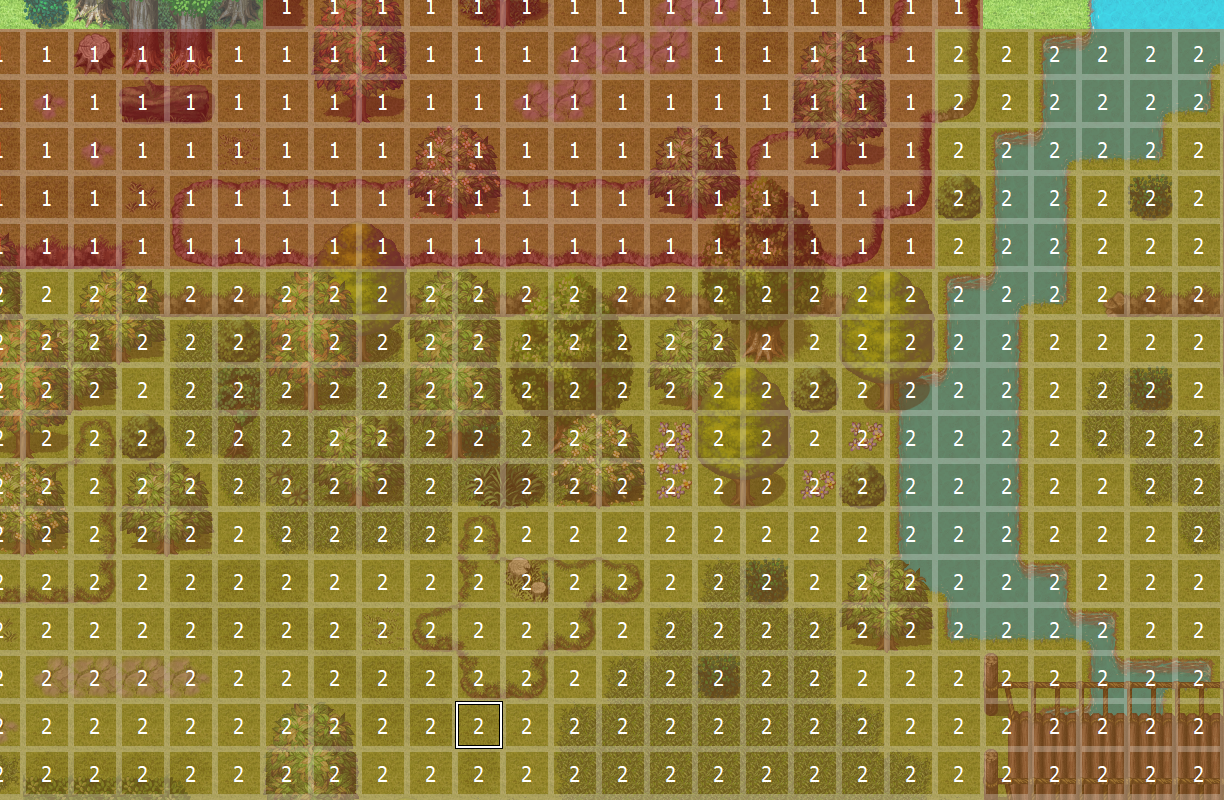 I literally just ugly covered the areas, not caring that I’m covering areas the player can’t actually walk on, as these are just to say where enemies show up.

Then I set up some official troops to set up. The forest is rather simple, with only two different monsters (there may be more later but they will just be copies of these two for the most part) 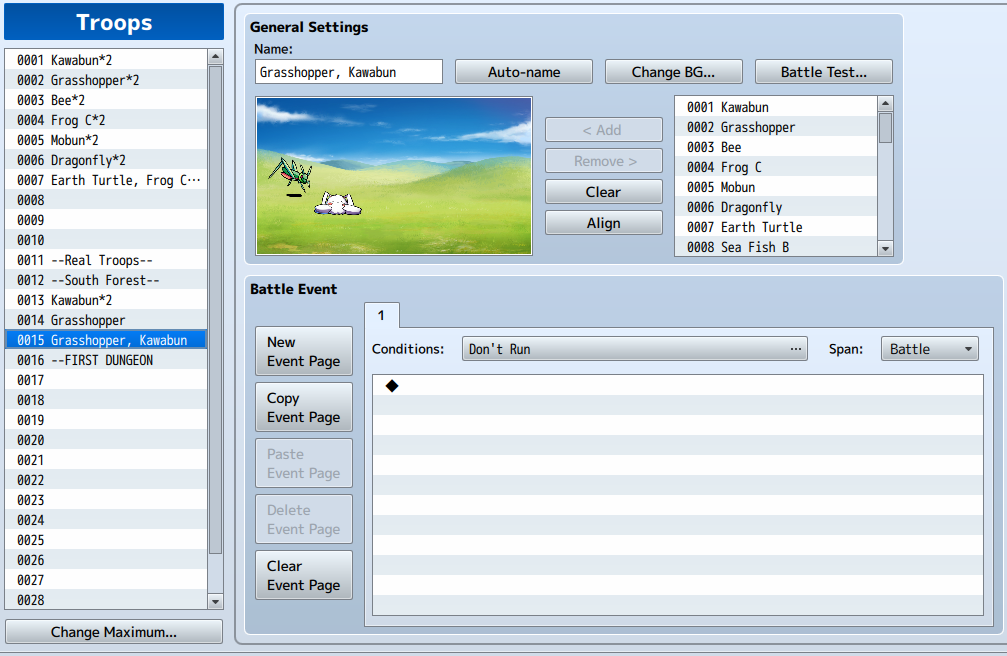 Then there is just playtesting to get a feel of how I want these two to work together. The bunnies are a weaker enemy, so I have the grasshopper set to have a minimum level above what the player’s starting level will be for that area.

Which right now I’ve been testing everything with the player at level 10, which I think I may keep that as the starting level. I know a lot of games start at level 1 or 5 or something, but as this story is about aspiring heroes making it to this hero challenge, I figured the characters might have trained for this event and wouldn’t all be level 1.

What do ya’ll think of me compiling this dev log up in the end and making a lil pdf eBook of it? Eh. Probably not that interesting.

Thanks for reading and God bless,
Meike Kima~