I am way overdue for an update but I’ll be honest, my toddler pulled off a lot of the keys on my laptop’s keyboard and the old wired one I have connected to my setup is…not the most pleasant experience for long time typing.

I ended up changing a lot of things (and yet keeping some things the same) in the Quest System to make it more flexible if and when I decide to make more Quest types. I have everything working that way and have very little I need to do to make it look prettier, until I add a new quest type: 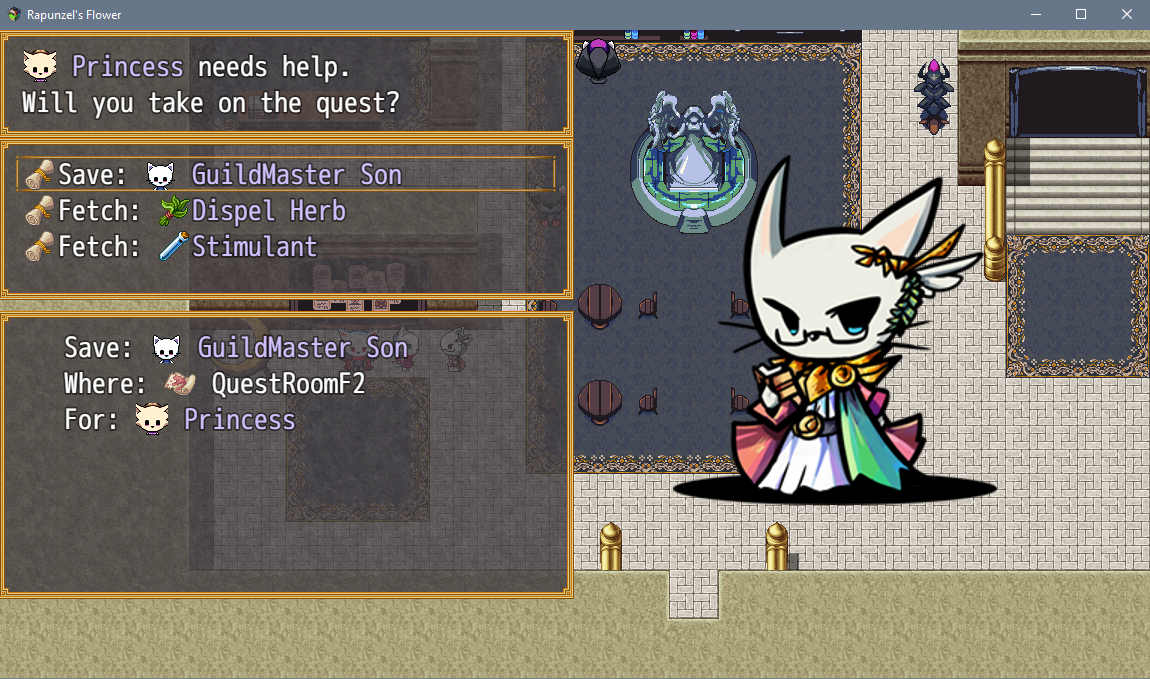 Fetch Quests and Save Quests are programmed and working, however I still have to code each individual NPC. I’m starting off with creating the first NPC as a template I will copy to all the others, then customizing each NPC from there.

The Common Events used to show the Quest Board and Active Quest menu options are actually the same, and with Yanfly’s Message Eval Text I was able to make it check which menu was open, what type of quest it was, etc, to write out the board appropriately. 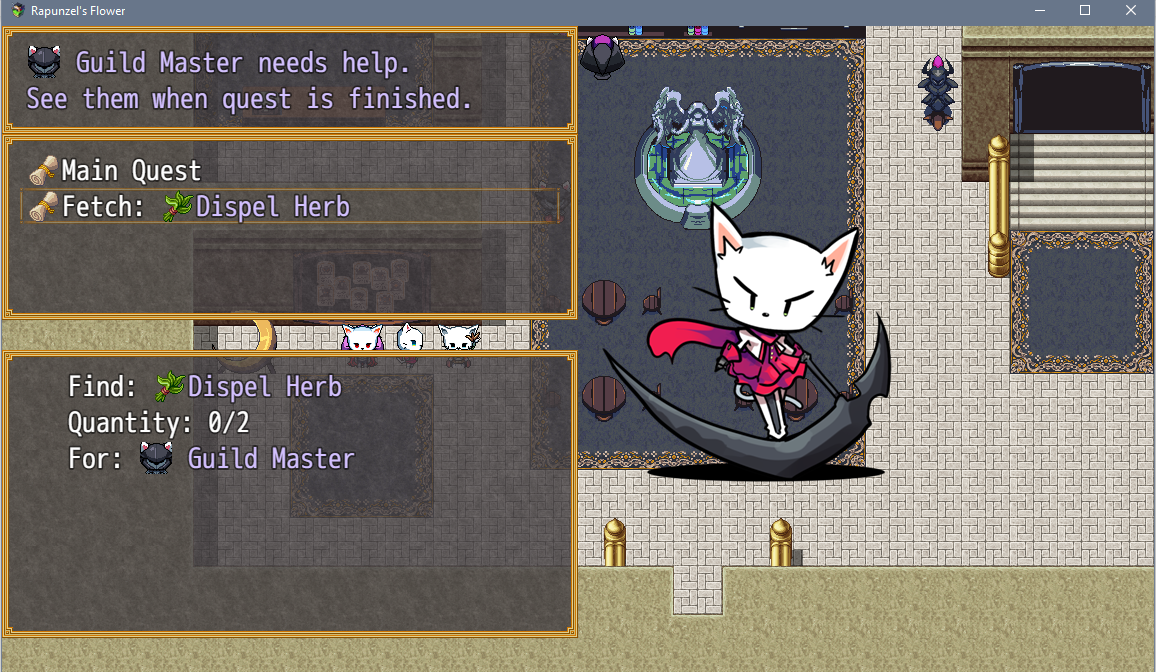 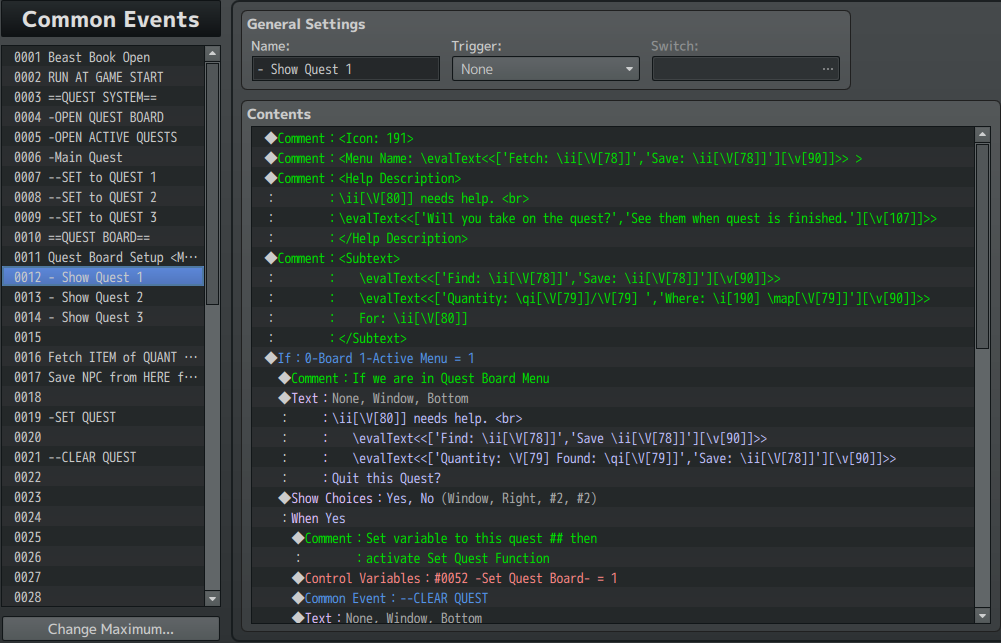 One of the big changes I also did was to change from using a Switch to test if it was a fetch or save, to using a variable that I would set. Fetch == 0, Save == 1 and as I add quest types I just assign them a number that evals such as the text evals in text descriptions will check. The ‘boss’ switch was also changed to a Variable and probably be used not only to set a boss fight if you’ve got a save quest, but to count your kills if you have a monster hunt quest…that I haven’t added yet.

Overall the system has a lot of polishing that needs done, but the basics are all working and I can focus on some other things now.

Like I should get back to Reel Dream. (I did some mapping today for it actually)

With having so many options such as a bestiary and quest menu, the Main Menu for the player was getting long, and harder to navigate. So I changed the main menu around to have two rows, to make it faster to navigate: 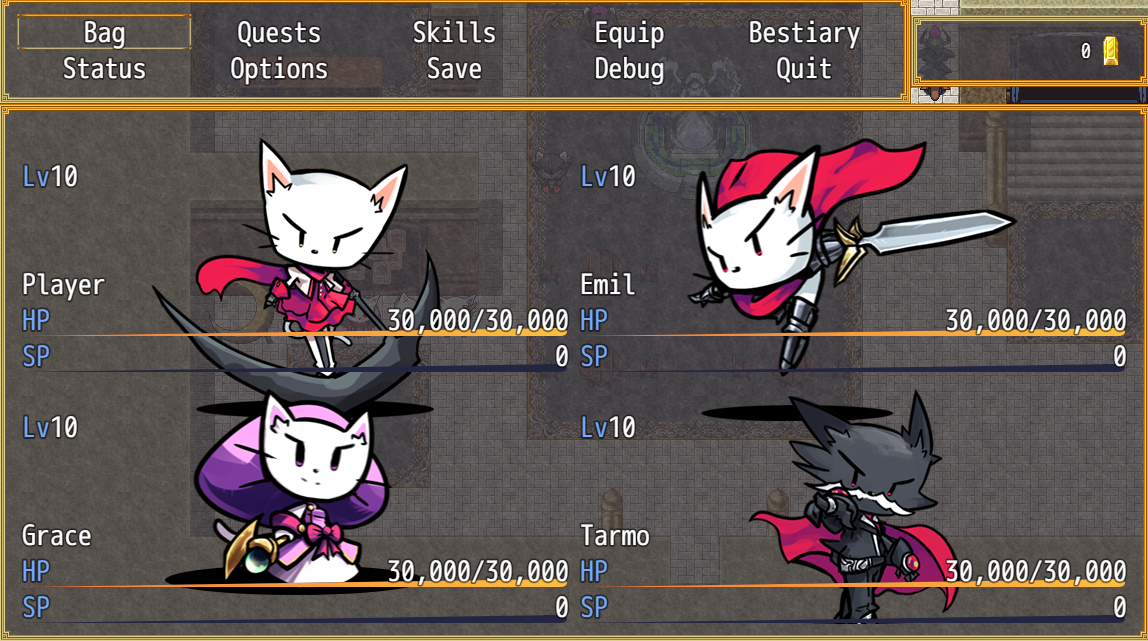 That’s not the official order items will be on the menu, but it makes it nicer to navigate than scrolling through a long list. I’m using SRD’s menu editor for this, as I don’t want to get carried away with menus by using Luna.

The save menu was also played with, using Yanfly’s Save Core, and I had to dig into the plugin to adjust how the battlers were viewed: 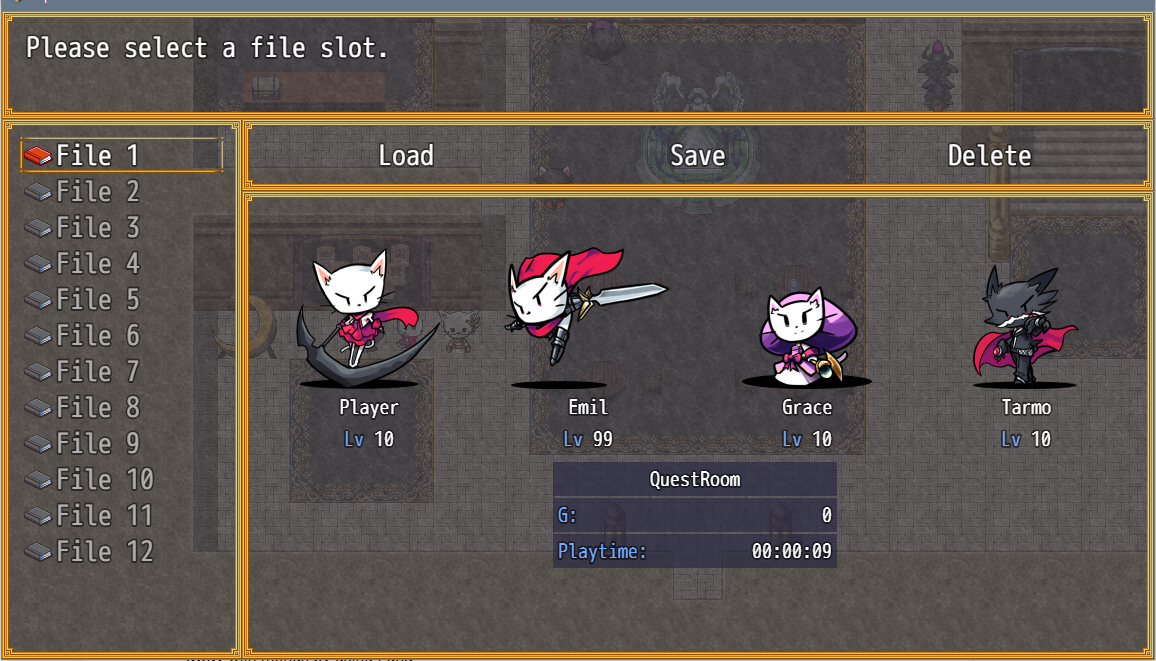 I also added Yanfly’s Option Core and tried to create an option that allows the player to turn party followers on/off.. It sorta works, but doesn’t activate until the next map change. It’s not that important to me right now to try and fix however: 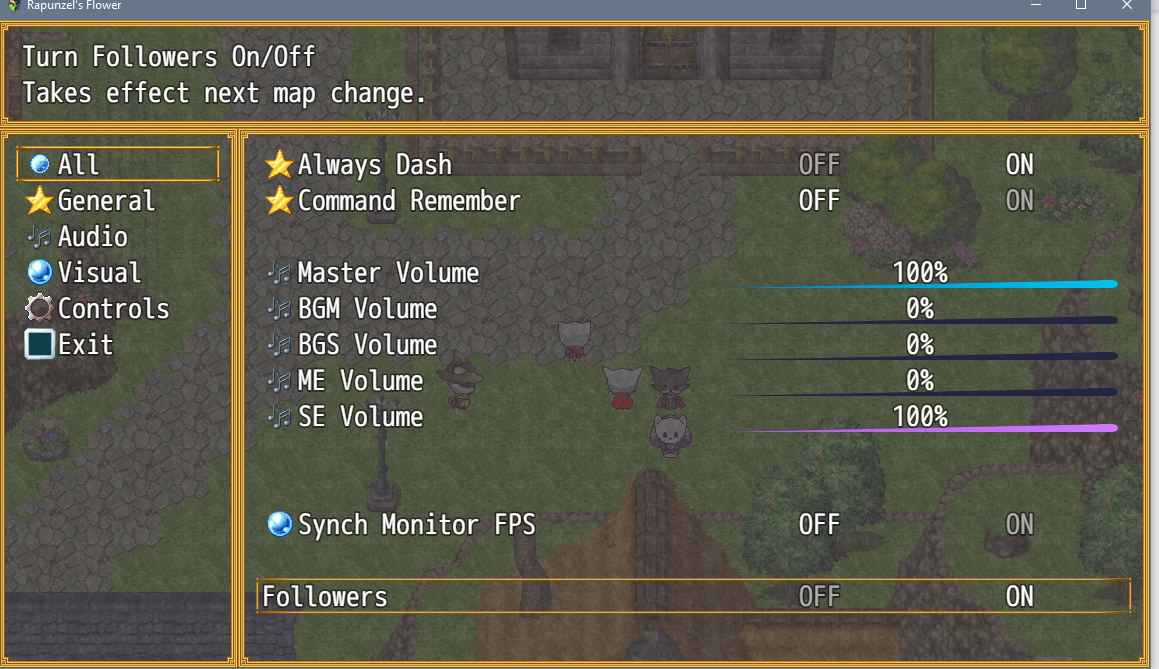 That’s all for today! I’ll be back later in the week with more!