With the Quest System working well enough, I went back to mapping by creating the first dungeon’s first floor. This will allow for more battle/monster balancing, as well as testing Save Quests and having random NPCs around. 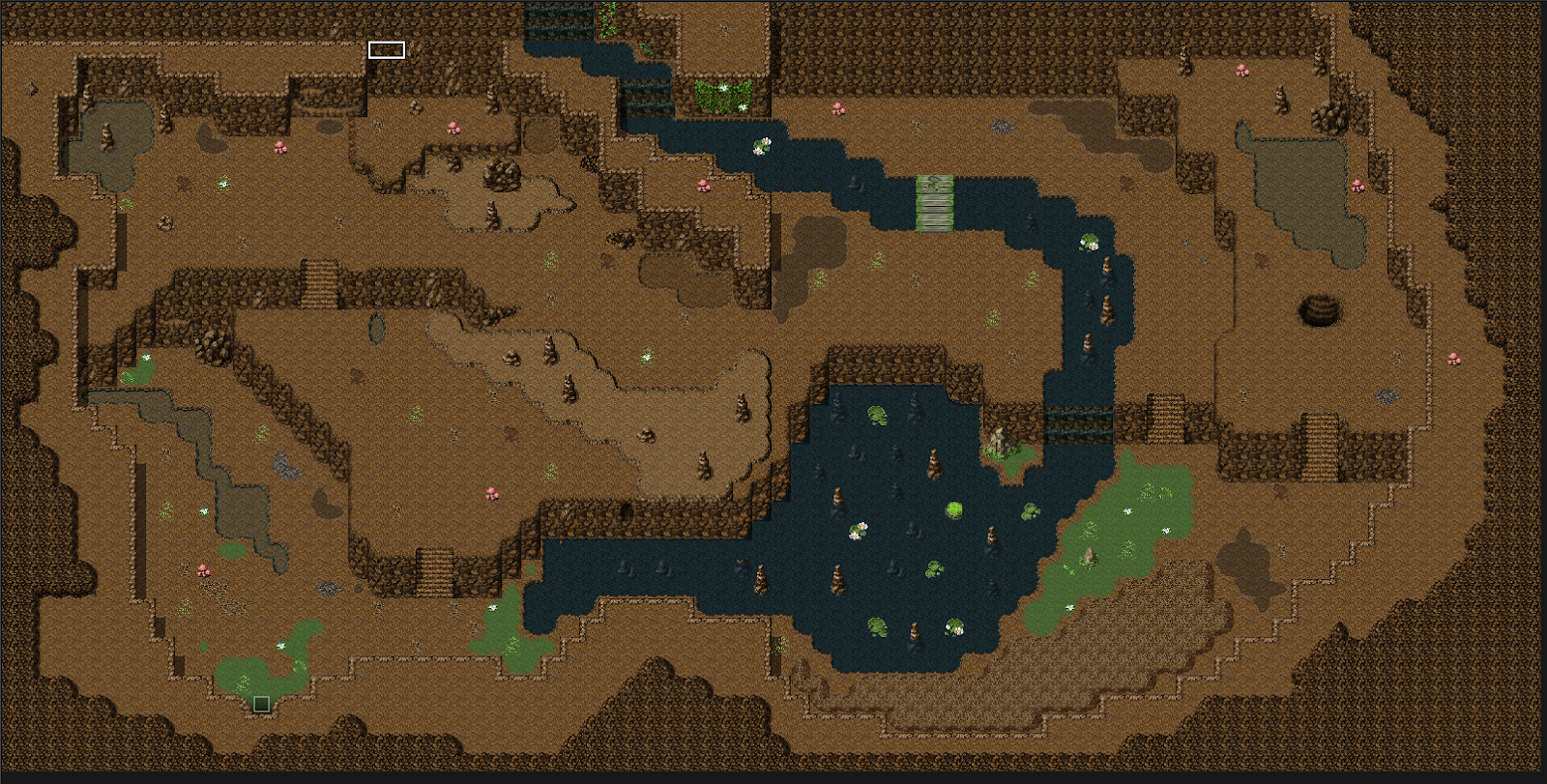 Being the first dungeon is Shock/Soak I kinda wanted to go with this living cave idea. It’s a cave in a forest, where I will also have Light element monsters around, so I thought it’d be fun (and more decorative) to have a sort of living cave and underground rivers/lakes.

I started on the second floor as well, but it’s no where near finished, and I’m not sure if I like the direction it’s going: 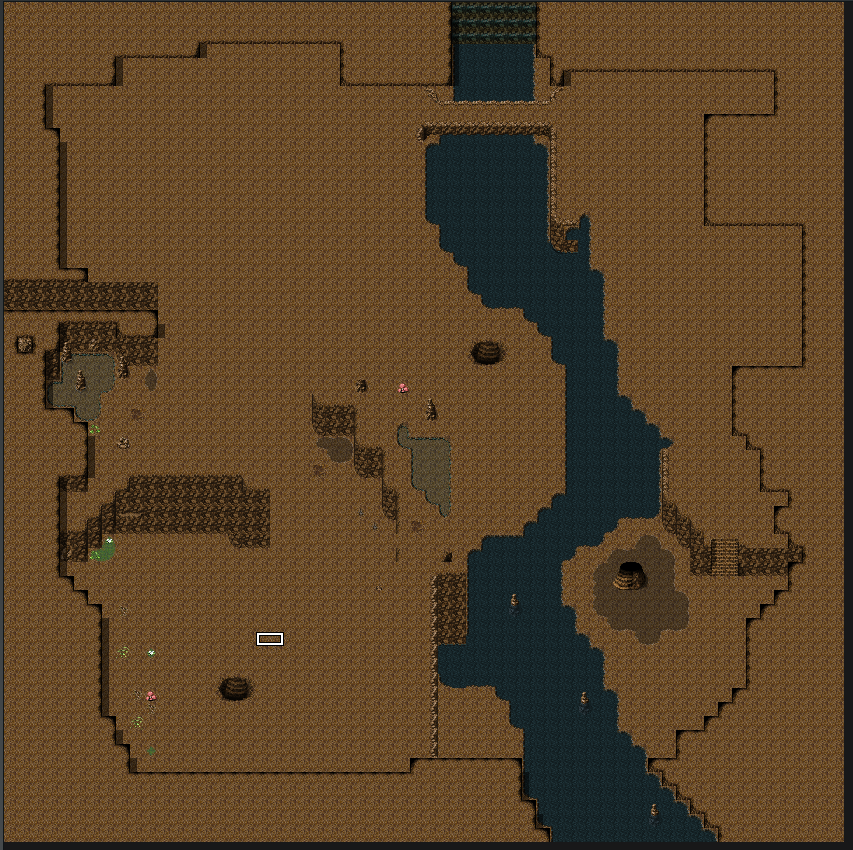 So I got my hands on a new plugin that, well, yeah. No it’s not really feature creep being it’s just a visual change but yes…visual inventory system! No lists~ 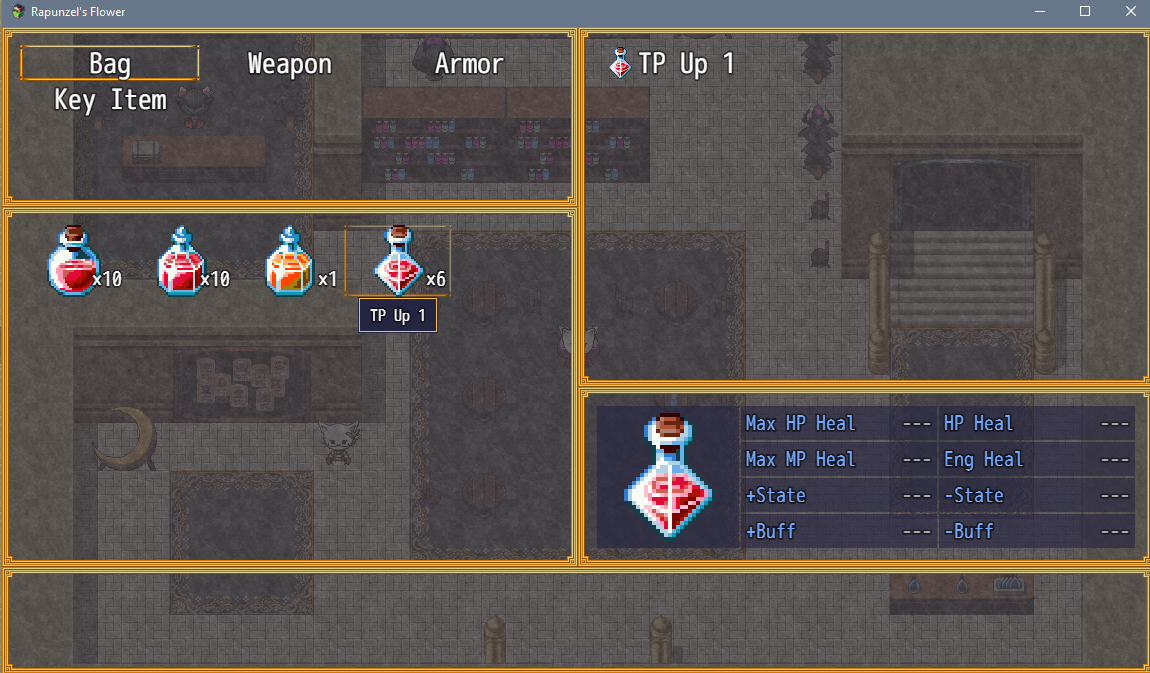 I’m really liking this look. I’ve edited the menu with SRD’s Menu Editor to better reflect how my inventory should show. It’s far from complete. I’m sure that I’ll organize different item types, and need to add to the item descriptions and the help message…honestly that lil window should probably be taken out.

So yes, I worked on how windows look a bit. I also worked on the battle screen to reflect the inventory change as well, and try and give the menu layout a bit more personality 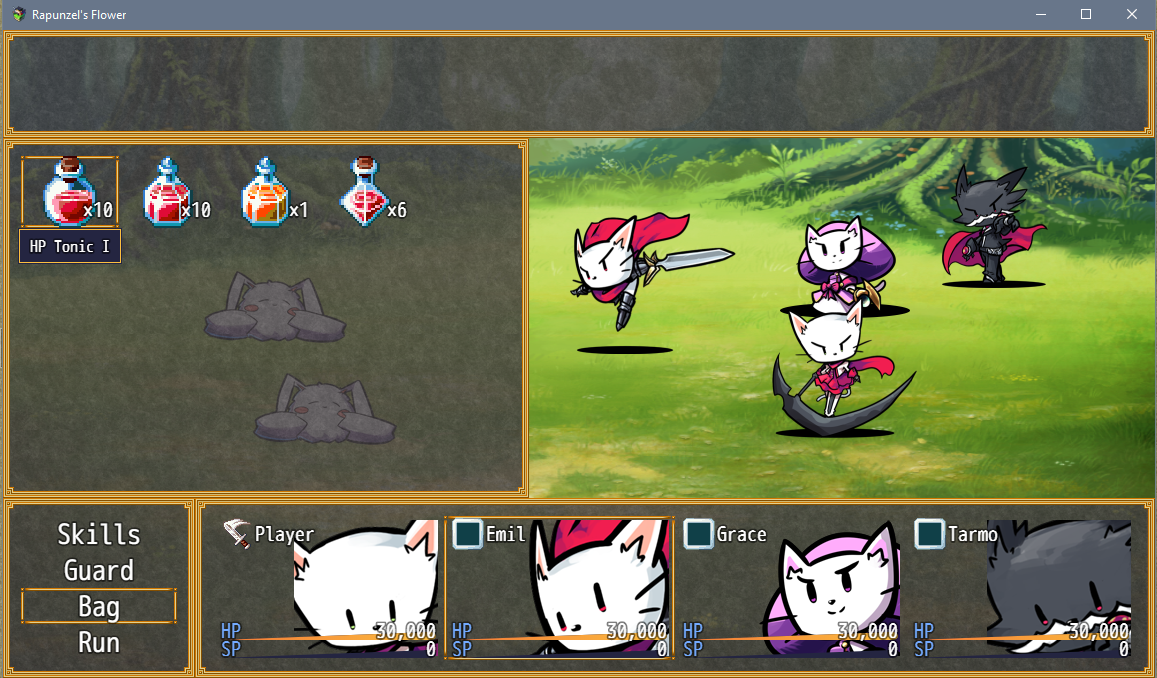 One thing that I had to run into Yanfly’s plugin code to change, and took me a bit to get right, was changing the ‘step forward’ position for the actors. Originally it only moved them forward x number of pixels, which with my front and back rows being so different, didn’t have the back characters move up nearly enough.

I changed it so that each character moves forward to about the middle of the screen, and so when selecting skills or items they’re right near the window. This is also where the actor jumps when doing an attack so it’s a very nice effect.

It has caused one bug that I’m not sure what is causing it and am not too concerned right now to fix and that is, during the start of the battle, the first actor will be too far forward. After their first move they are fine and go back to the correct position. 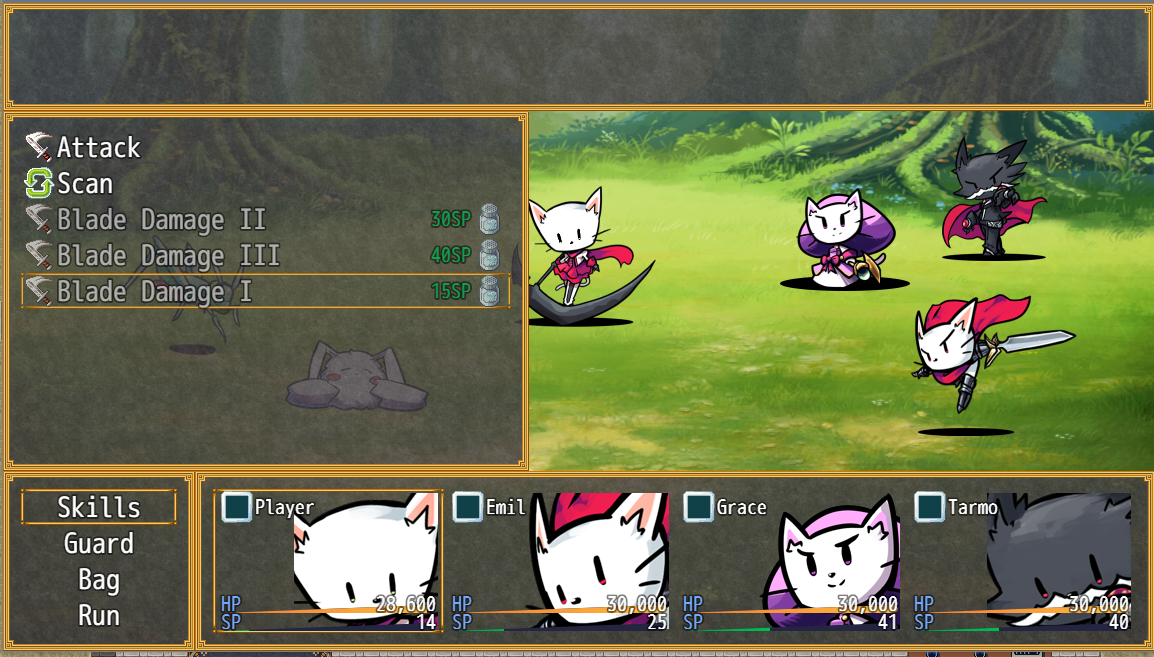 But this has the effect of the windows covering the actor image.

Other than that, and the need to fill in skill/item/etc descriptions. The battle menu is starting to look like I want it.

That’s it for this week! Thanks for keeping up with this!