So let’s see if Aekashics has 30 monsters that will fit our area….unzipping the large zip file….

I’ll say this, we’re eventually going to hop over to Google Sheets and create a spreadsheet to organize and categorize all our monsters.

So we’re looking through Aekashics’ static battlers, and I’m going to create a folder to copy over battlers I think we could eventually use: 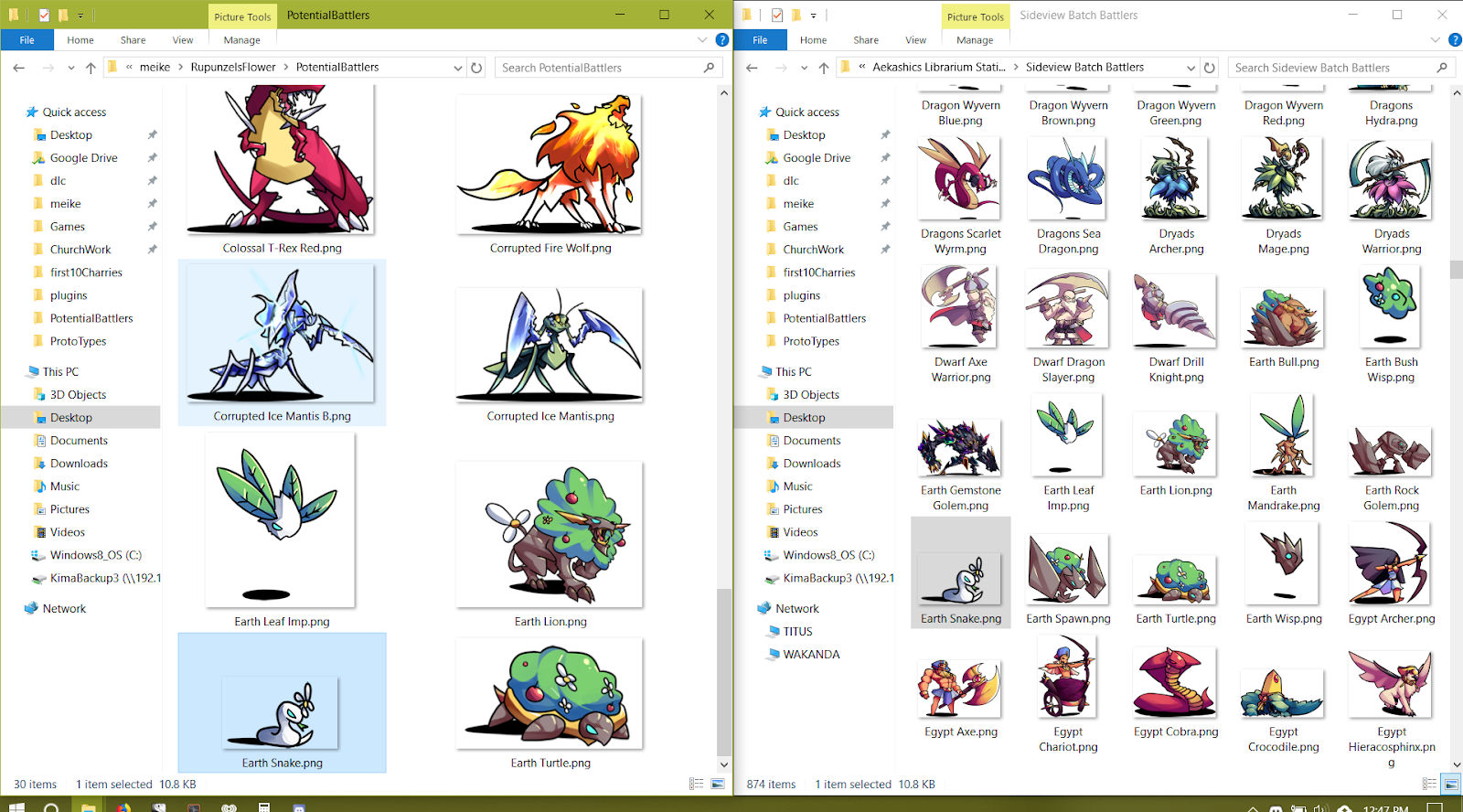 As I’m going through things, I can already tell you there are MORE THAN ENOUGH to fit our themes. Perhaps too many…

So instead of looking at a zillion potential images, I’m going to hop over to Google Spreadsheets and think about what my world is, and what monsters would be there, an then see if anything matches….

First I put a line for each number of the 30 total, and as I already gave a monster to each level, I say where they are at and what level they are for that area, and whether they are for the Main Quest Line, or the Side Quests: 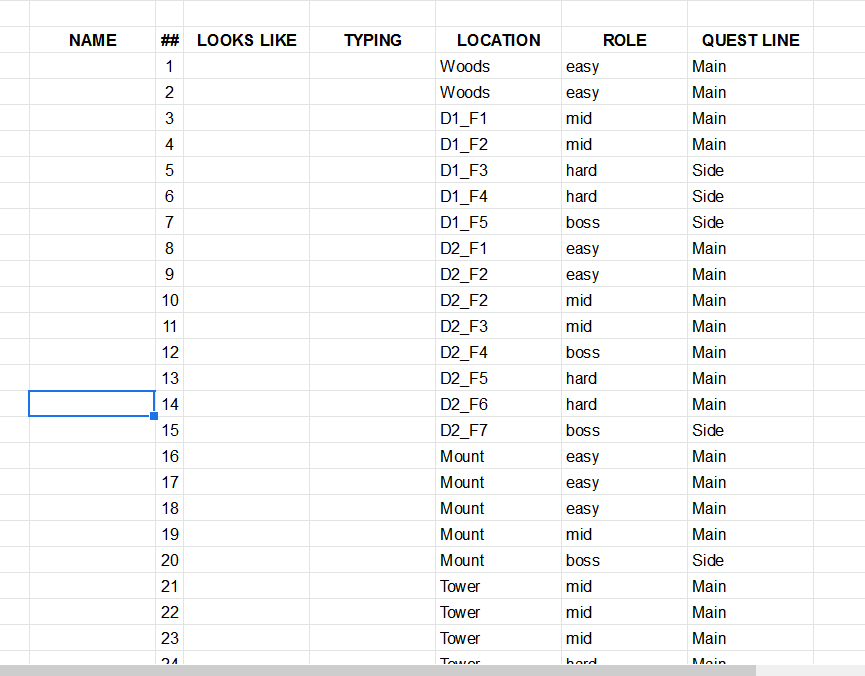 Now I’ll go through and just think about what monsters would be in that area, and give them types and descriptions.

As this world grows, and I look through Aekashics material, these ideas might change, but I’m thinking for the first thing to focus on bunnies, slimes and snakes, with a big turtle boss!

So now using keywords I search for potential monsters:

The earth snake is really cute, and the light snake with those wings doesn’t really fit with what I imagine a shock animal to be, so with it’s plainness, I think I’ll use the Earth Snake. I’ll write the filename into the spreadsheet so I can search for it later.

I’m going to do this for all monsters, and I’ll do things one dungeon at a time.

I’ve also gone back to my original folder I had been filling with potential monsters, deleted what I had, and am going to copy over what I’ve chosen. Maybe even sort them into folders for each dungeon, so I can see them all working together.

So for the woods/1st Dungeon I got this: 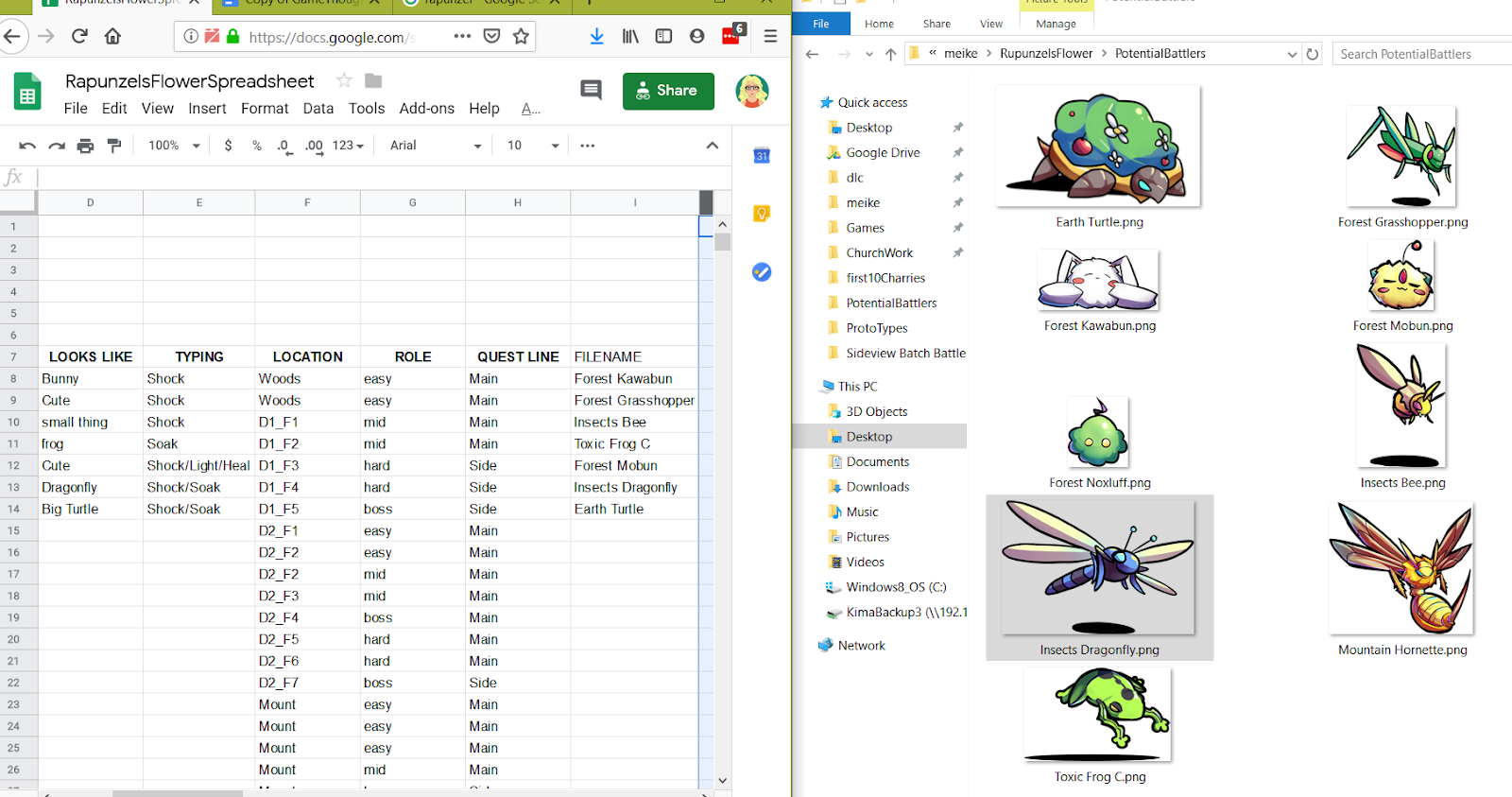 I ended up taking out the snakes and slime ideas for things I found that I thought fit better. The large hornet isn’t actually for this area, but for the Mountain area later as I felt it looked similar enough to the bee to make the world feel connected from the first area to the last.

I’m also looking at how few monsters are really there, and how there were monsters in the asset pack that go well with these, maybe I’ll put in some filler monsters later, that act similar to these main monsters just for some visual variety, not necessarily gameplay variety. If I do this, I’ll add them later after these are all balanced.

Now onto thinking about the next Underground dungeon, that starts wet, and goes dry.

So in the middle of searching for potential monsters for D2 I remembered that it would do good to have some monsters cross over to the next dungeon, such as the Dragonfly, so I went back to make some notes for monsters secondary locations.

Now back to looking for monsters.

Trying to get this wet to dry area was hard to find monsters for, but I did find some that fit the dark theme. I ended up with a folder of potentials, that I am now going to go through to see how they fit, and compare them to the battlers I chose from the last area. 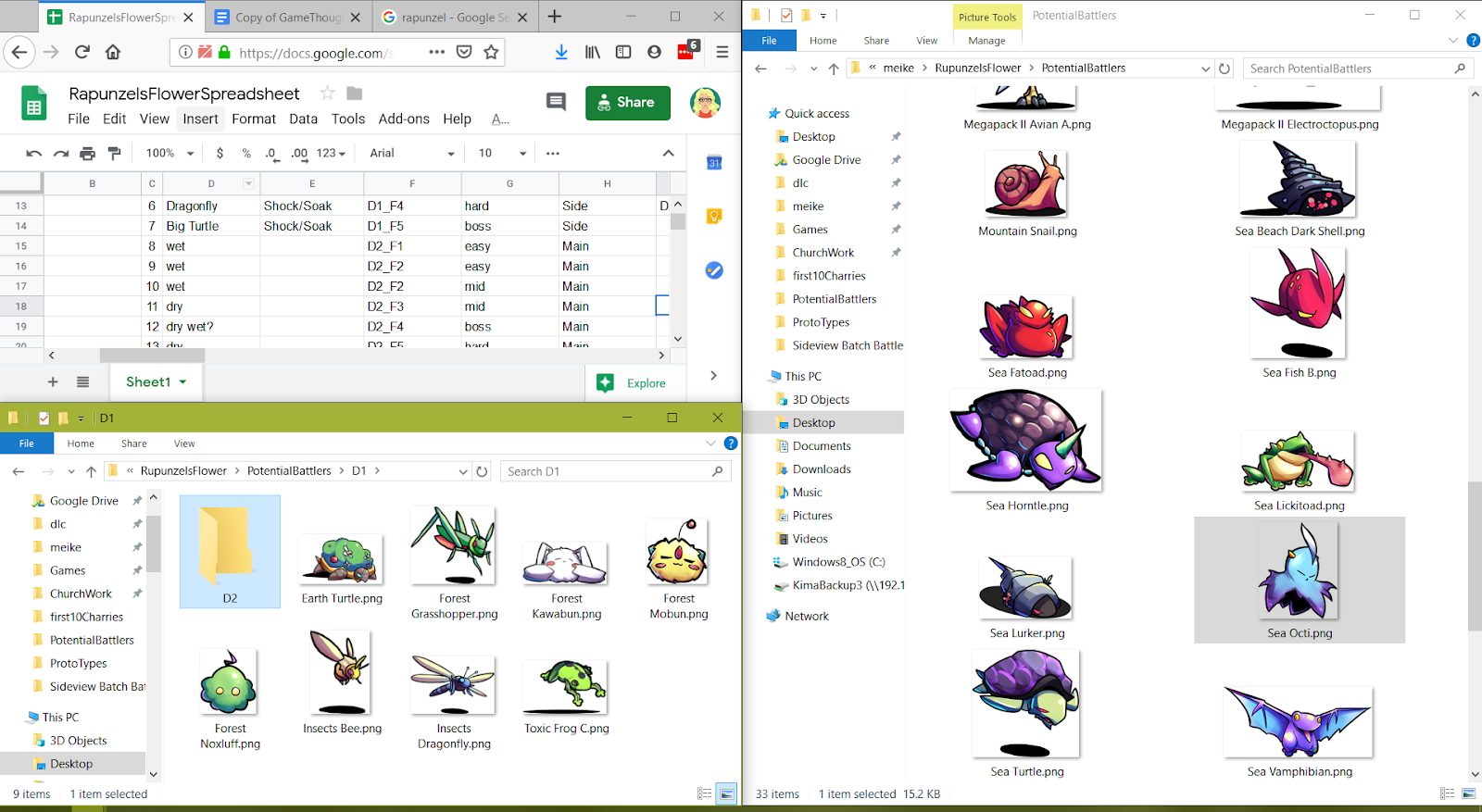 I’m working in my kitchen, so I’m limited to one monitor right now, so things are cramped, so I just threw a folder into the D1 folder where I will throw the monsters I decide to use.

This area took far too long with the combination of water and fire, as well as dark, but this is what I came up with:

Next, the mountain and tower area.

This time, I left a lot of potentials, but I did it: 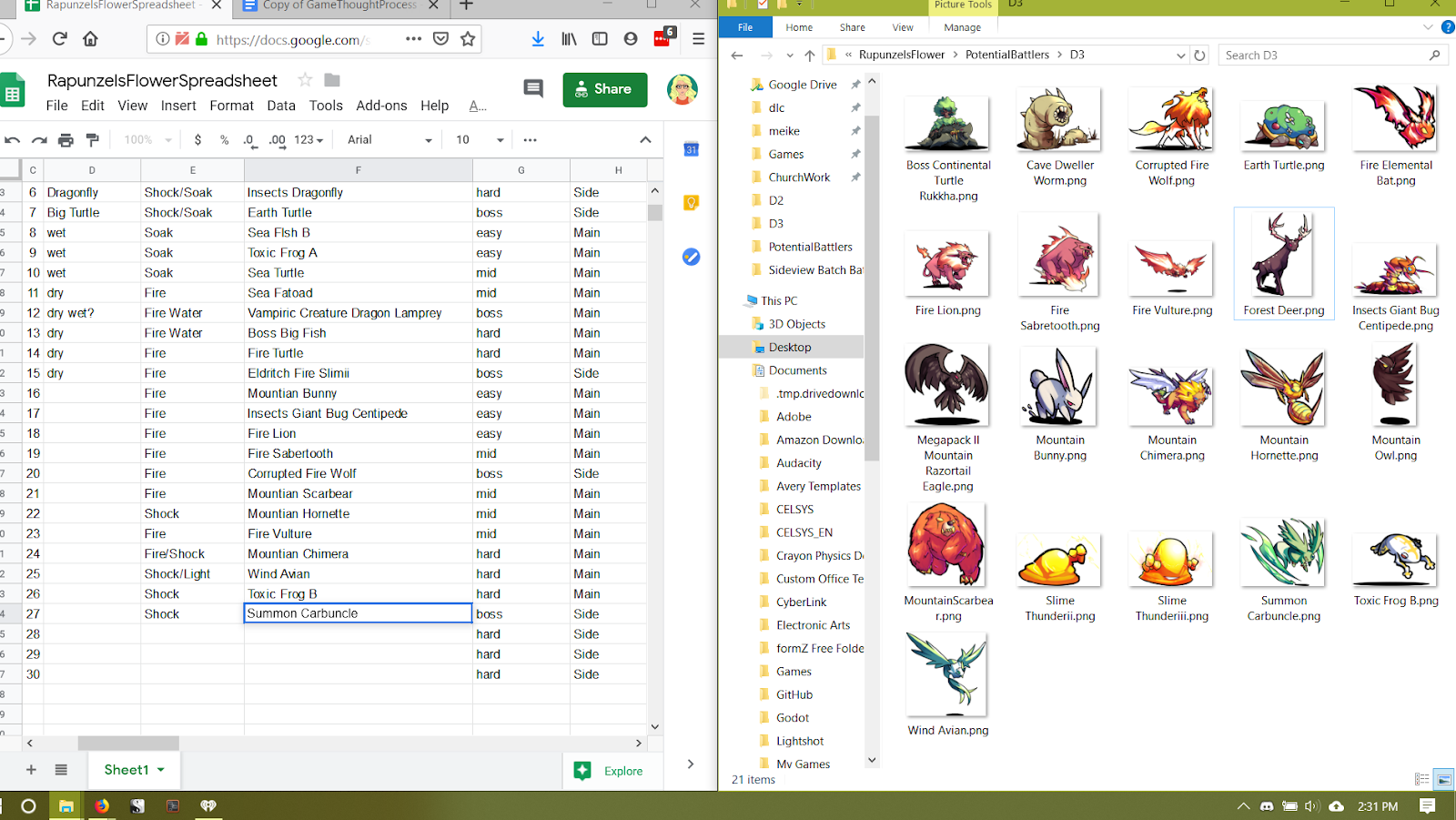 _____
That’s it for this week! Next week we will look into our party members!