In the editor the first thing I did was go to its file system and get rid of all the characters, facesets, etc I didn’t need and replace them with what I had from Aekashics.

Then in the actual editor I changed the default players to my characters: 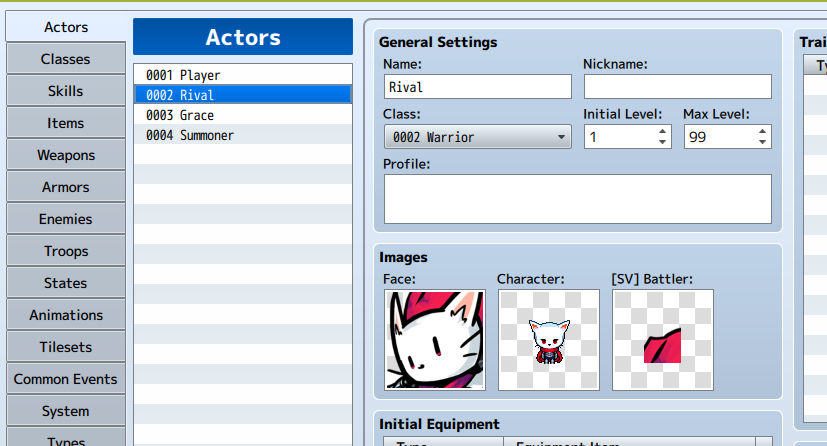 I also downloaded the zip file of all of Yanfly’s plugins and put them in the js/plugins folder. While I may not need all of them, it’s better to just have them there as I know what I use to start things.

Also do note, I got rid of Theme 6 fast this time:

Now that I’m in editor, it’s harder to write as I go. I’ve installed some plugins to get the game aspect ratio correct, and I’ve gotten plugins to use side view actors, however it seems I’m going to have to resize those. 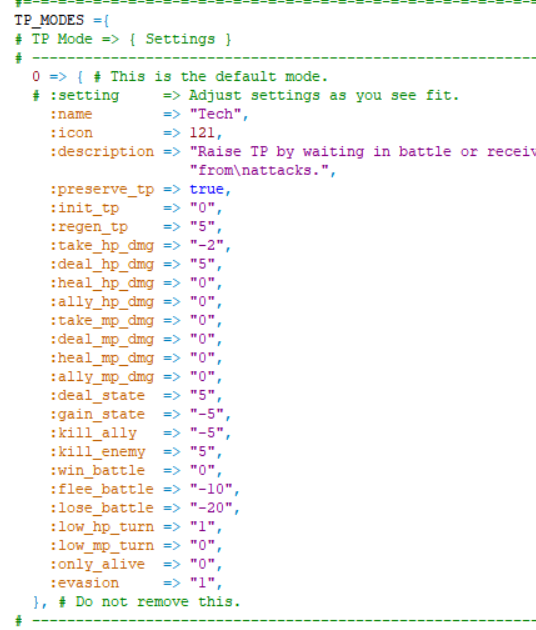 Now that we’re in editor though, we need to start building the game mechanics. As this is a dungeon crawler, he battles are pretty important so I’ll start by setting that up and replicating how things work in Well Yu into this game. It will be interesting as Well Yu is originally a VX Ace game, so I can’t just copy over scripts, I have to find how to replicate what I did in MV.

So apparently I have to use YEP_EnhancedTP to replicate the YEA_TPMode I had in Ace. This is what I had for the TP Mode in Ace:

So we copy things over, and then we can play with balancing it with this game as we go: 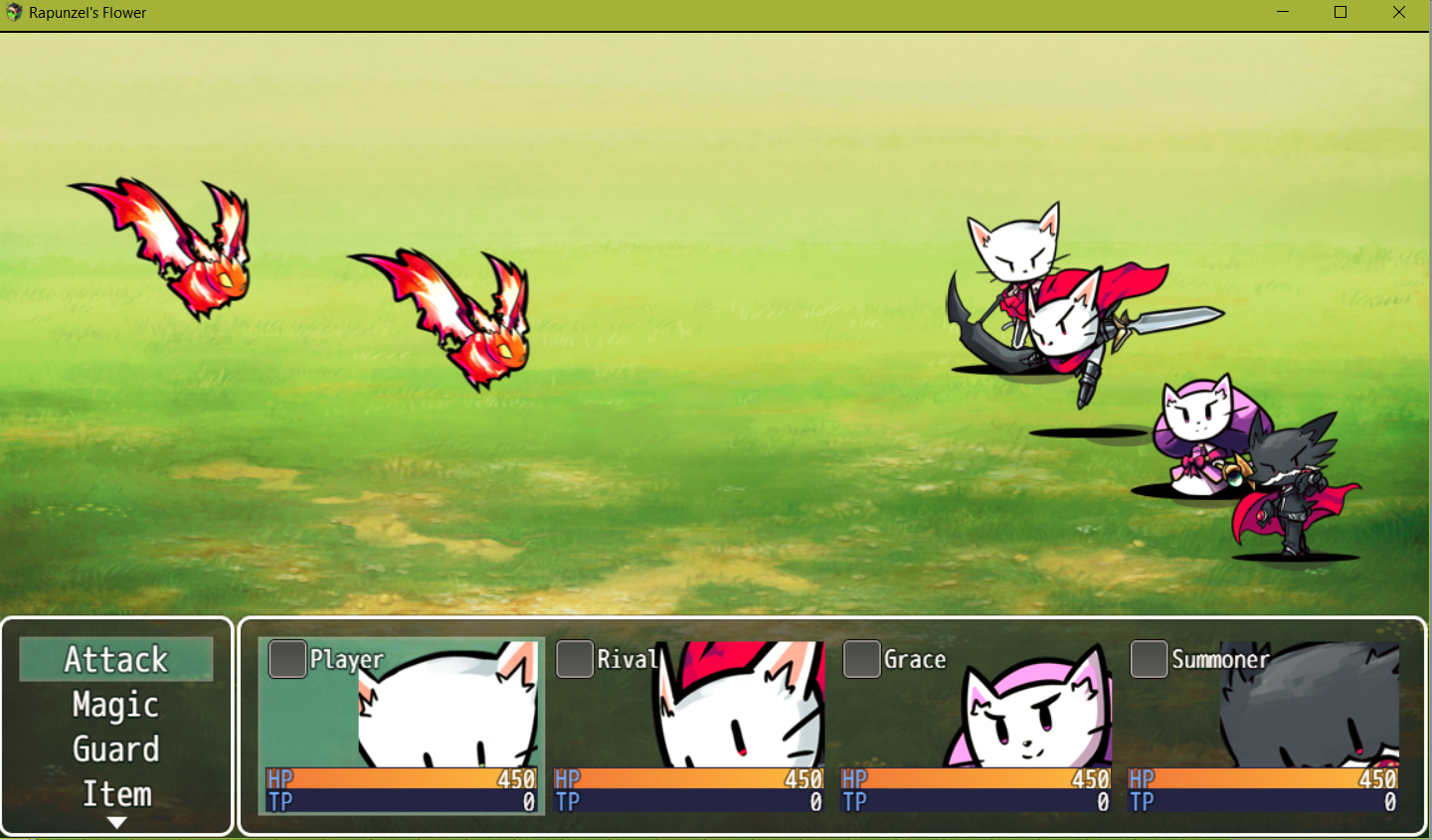 Now the trick is just to get the battle’s to look and act the way we want. That involves plugins to disable the Party Menu and go strait to Actor Menu in battle, swapping the gauges out with YEP_SkillCore to show only HP and TP as we won’t be using MP. I also had to play around with finding a plugin to use single static side view battlers, which I may change later, and after playing around with the positioning of the battlers, ended up doing a batch resizing to make them half their size and fit on the screen. The key focus though is mechanics, not the prettyness right now (also, we are on page 30 now!)

Now we’ve gotten our enemies into our database in the order they are in the spreadsheet. No one has set stats yet, but this gives us a good starting point. 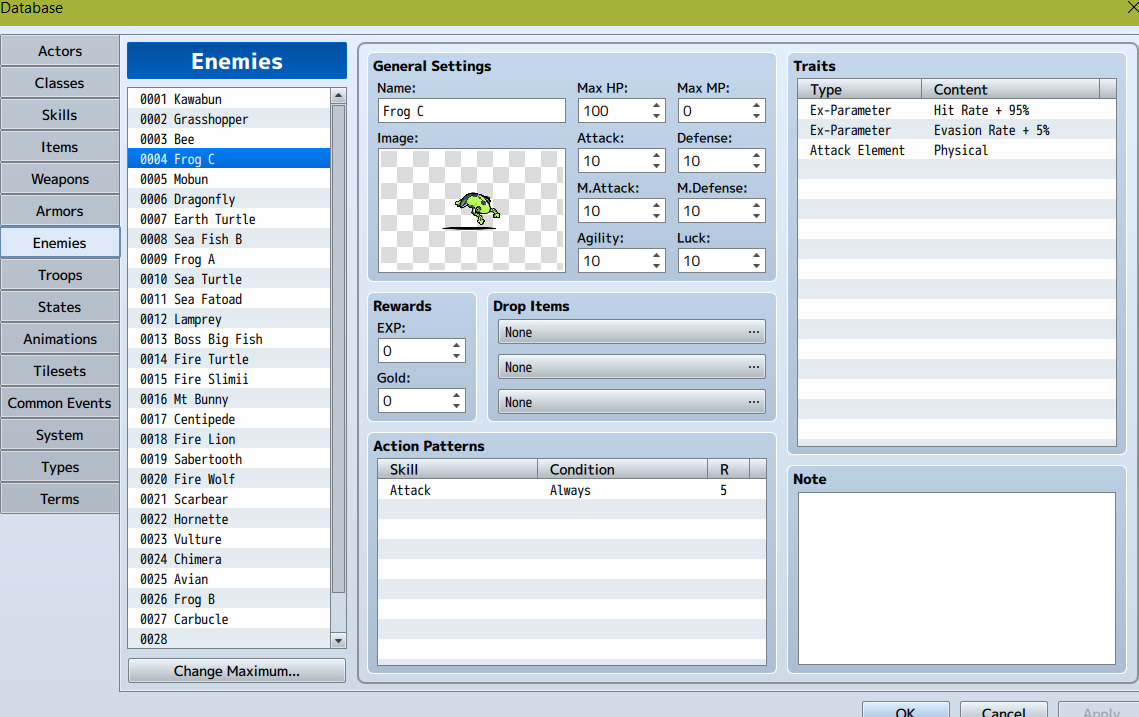 I’ve also now added all the Types into the database. We’ll leave room if anything grows 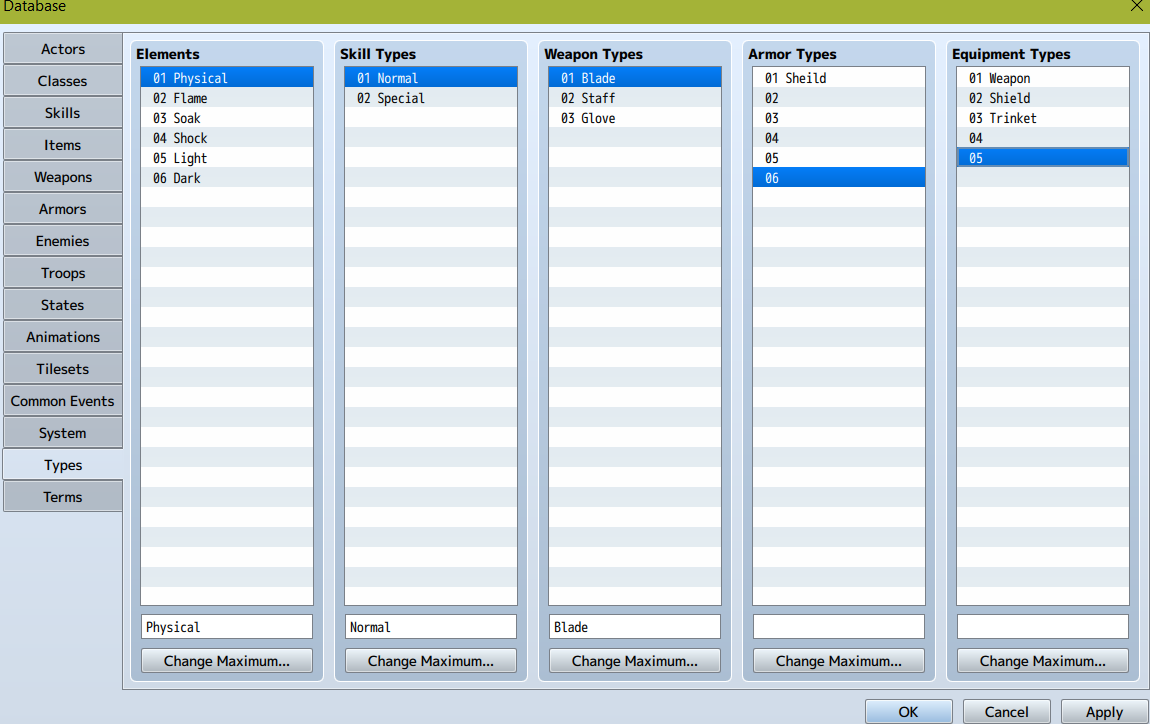 *sweat drop* I’m so sorry for not updating [rememer I was writing as I went] but I went ahead with the creation of some temporary maps such as the Capital, interior castle etc, and at first I was just going to use some premade maps, but I really hate the RTP but that’s what I have that can go with Aekashics sprites and so that is what I must use.

It ended up being me searching out PandaMaru’s stuff and adding some of her unique buildings into the Capital to get away from the ugly autotile buildings of the RTP. Avery looks like she has some good stuff, including a Tower we can use, so I’ll probably get back to her stuff as well for more buildings and that tower! And probably the castle pieces too. 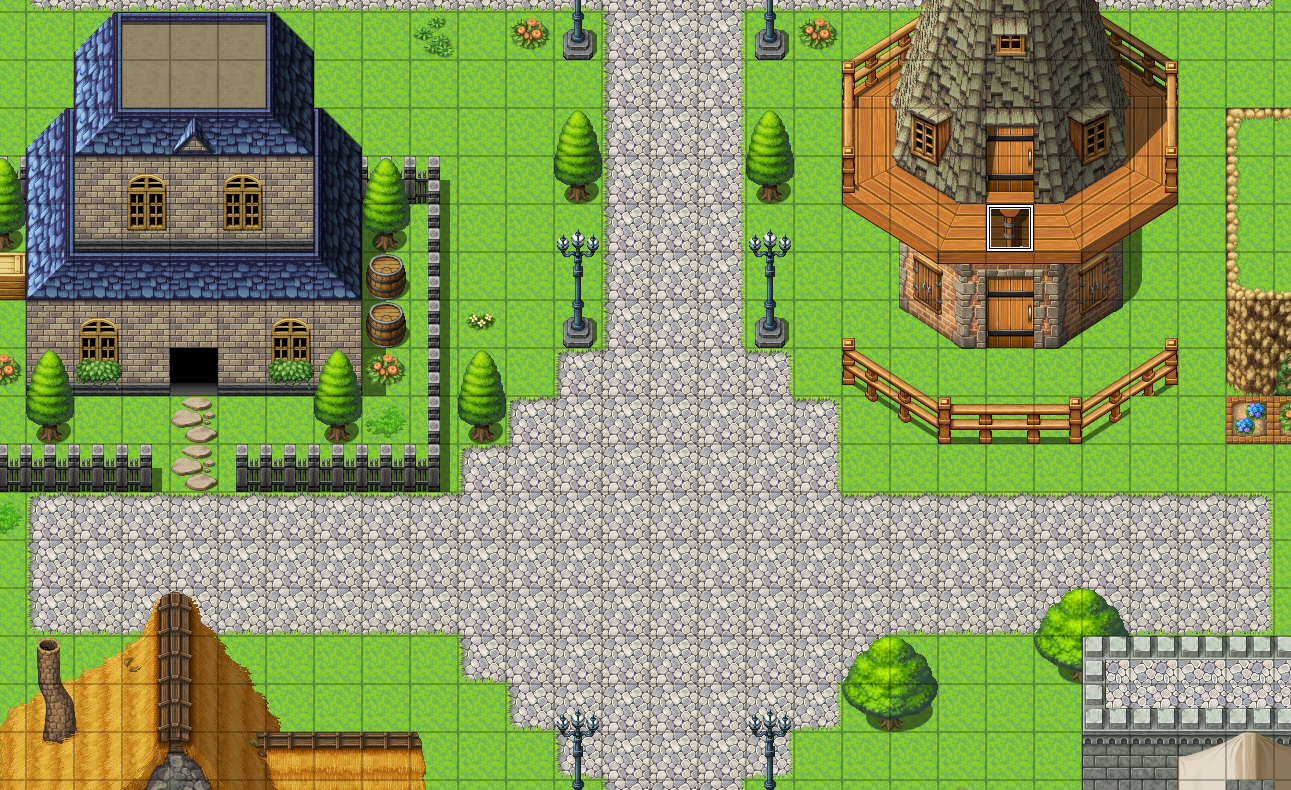 As for now, I’m going to pull away from trying to customize these maps, and instead build a test area for battles, crafting, etc.

And that’s that! Next time we’ll get back to working on the battle system!

Thanks for your support and God bless,
Meike Kima