So I just went through all the NPCs to see how many houses I need and how big the Capital will be and I’m happy to say it’s smaller than I thought: 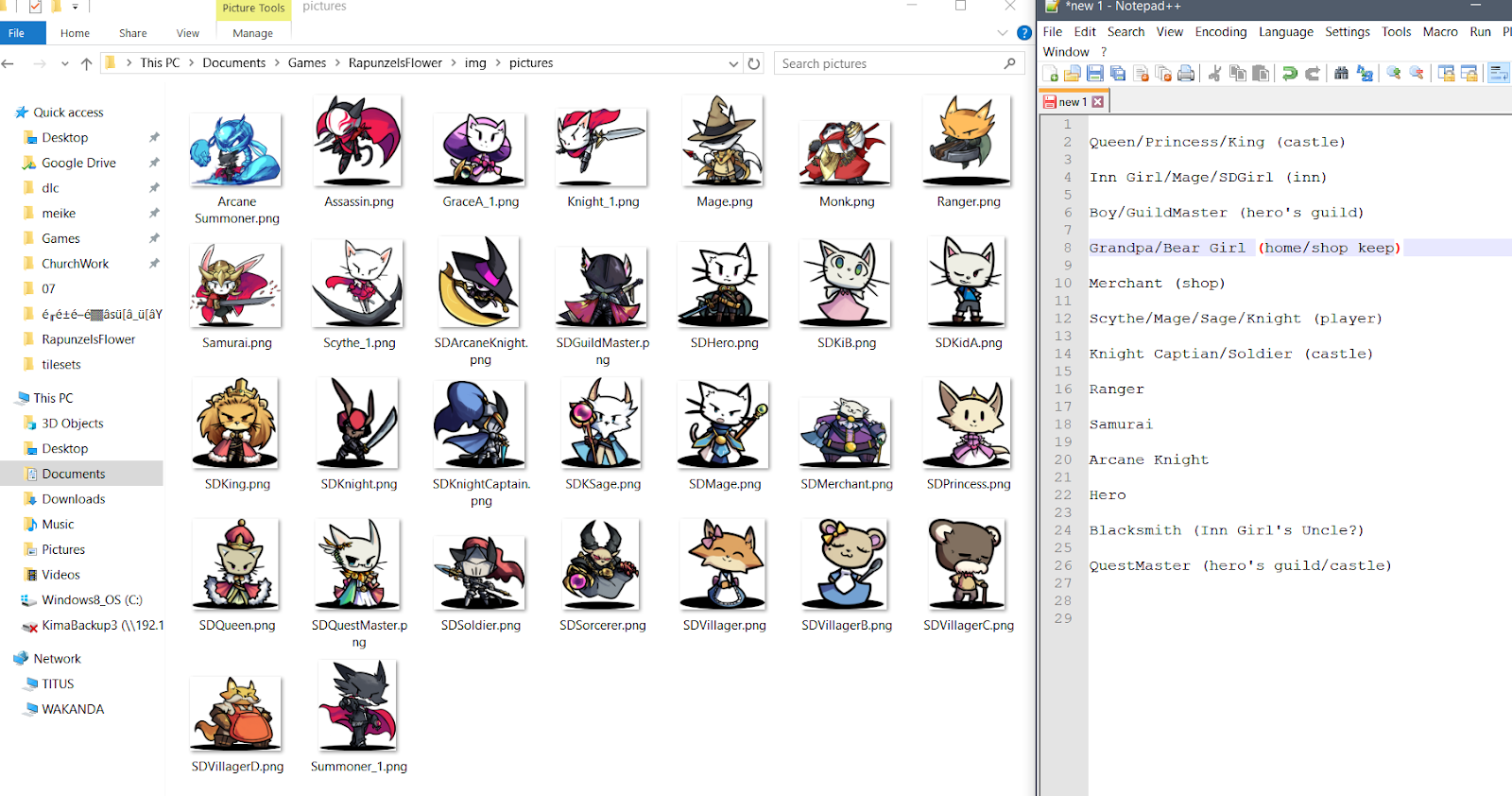 I’m now thinking of the buildings I need. I’ll only need about 2-4 homes and I have that from what I made last night. Next I need the Guild/Hero House which I designed last night and can fix up a nice version in Aseprite. Then I need a shop and a blacksmith’s house as well as an Inn.

Honestly, I could make the inn part of the Hero House, as they will serve a similar purpose but I’ll see what I come up with. 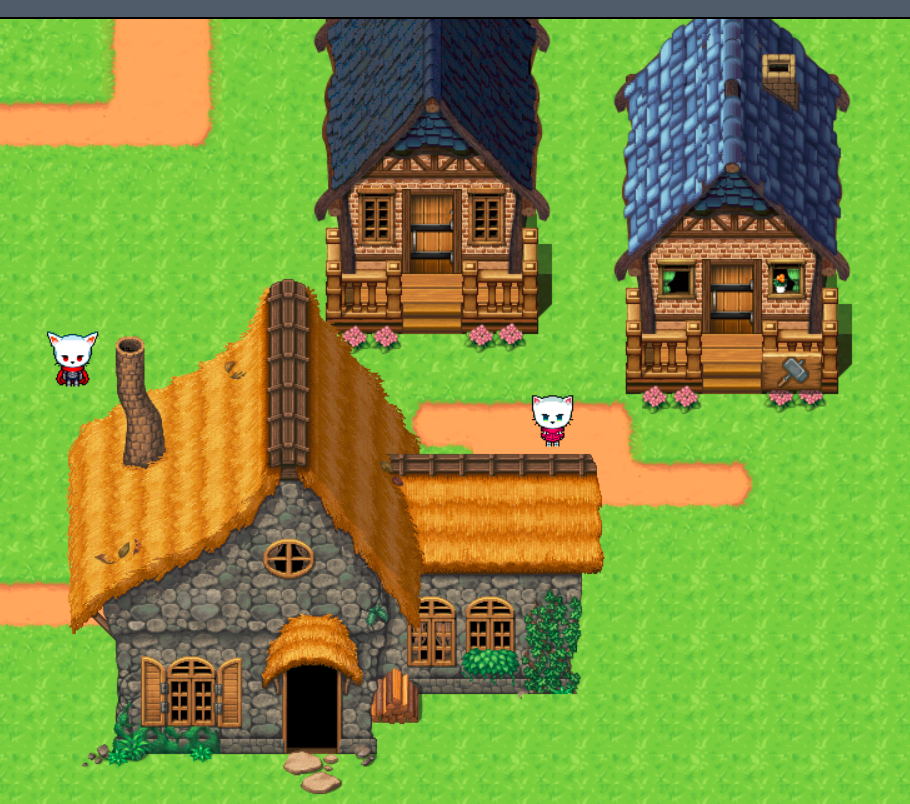 I really want to use PandaMaru’s cottage but it’s just a bit too detailed against the capital houses I made, however, perhaps the blacksmith lives in the forest just outside the castle. Then if he’s set farther apart from the Capital I think he won’t look so strange.

The last few times I’ve been able to work on RF I’ve been doing tileset editing but I did get to the point where I was able to do mapping!

I got my hands on more of PandaMaru’s resources, especially some cliffs, and started to build the capital. It was a long day of designing, rearranging and some programming.

One thing I also did is work on animating some characters. Including this bobble head shopkeeper.

Of course, that’s not what the finale of today was, it was the map of the capital. There are details that need finished (and details not shown as they were put in with events) but I give you…the capital city! 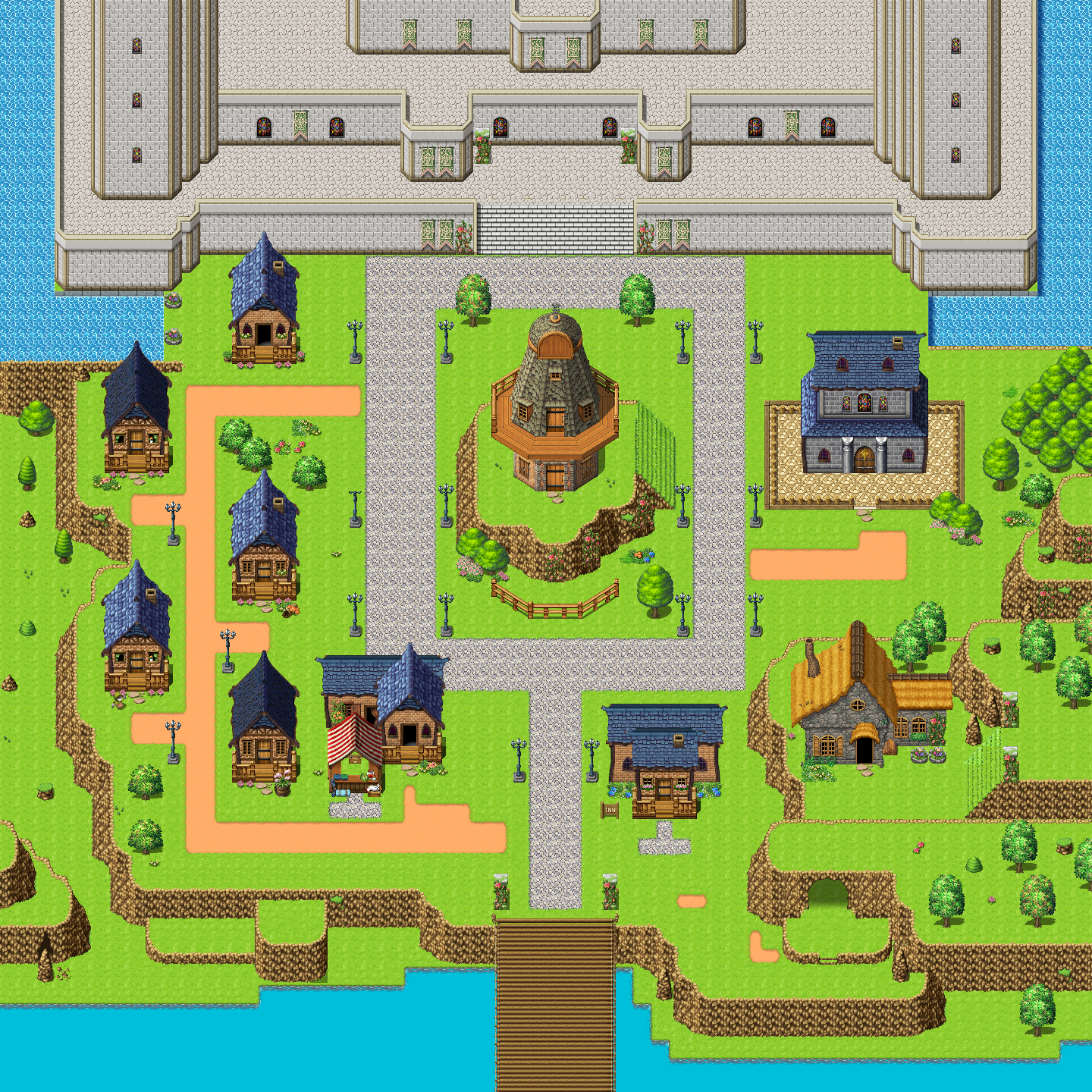 The bridge takes you out of the city to the forest, while the mountain stairs will take you to the mountain. Inside the windmill will be the entrance to the underground dungeon.

The Inn is kept close to the exits/entrances for when the player needs to heal, as well as the shop. There’s actually a small shortcut between the Inn and the rock wall to walk up to the Quest Building.

The castle is big lol. Probably bigger then it ever needs.