MORE MAPPING AND THE CASE OF THE MISSING PLUGIN

So yesterday I worked more on mapping and again forgot to take screenshots when deciding to change a design. *sighs* I fail at this blog as I go haha…

The Quest Room got attention today, and as mentioned before I DID run into that issue of using the empty message board as a doorway but I fixed it. Can you see what I did? 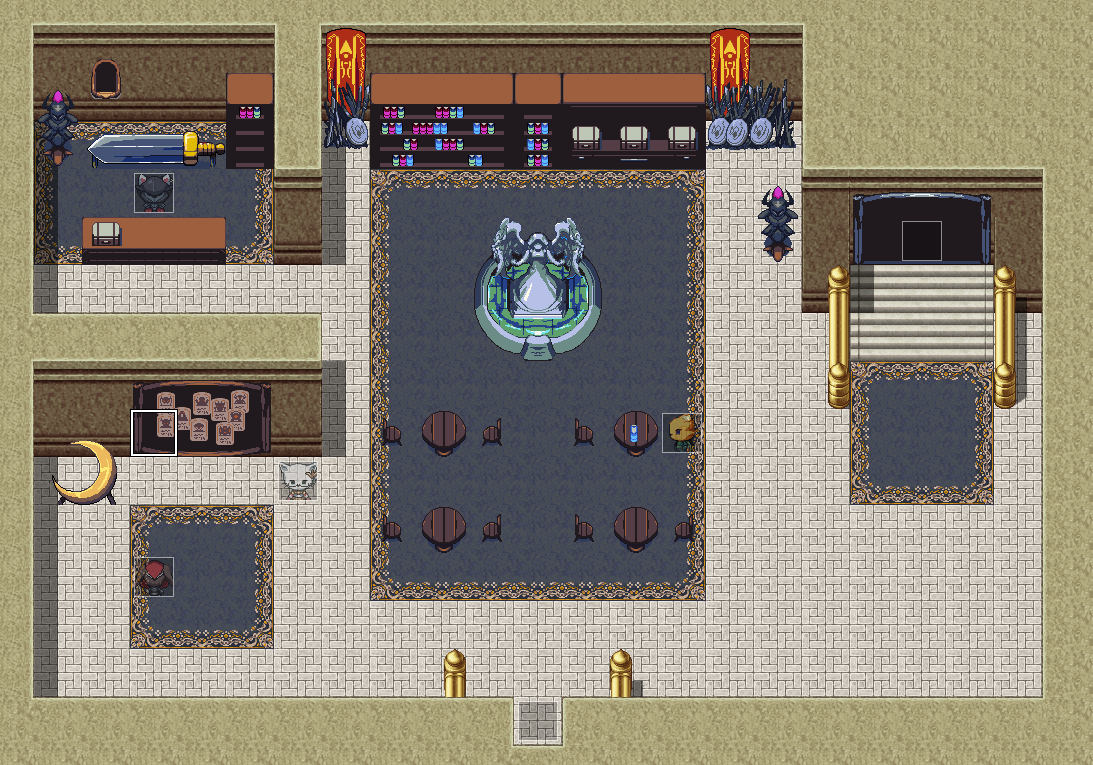 I played with options of recoloring the message board but nothing really worked. While playing with it I tried to make it metal, then realized that metal would work better for the ‘doorway’. And so, the doorway became metal!

I still wasn’t happy with how the board looked so I edited it to add the lower border and that worked!

Originally I made this same room but with the stairs in the middle and the lounge area to the right, but then realized the lounge area would serve for Cutscenes and would do better near the center of the screen. So I swapped it, which also ment I had to edit the second floor as well: 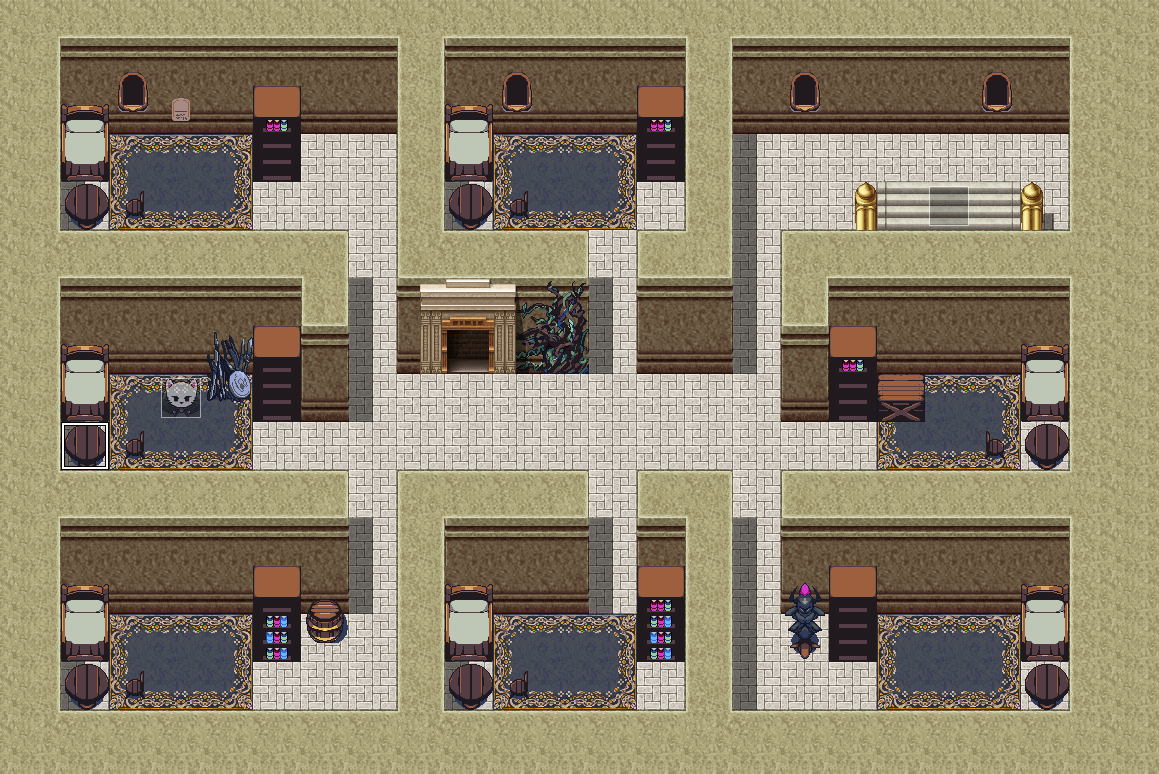 The second floor is the rooms for the heroes taking the hero challenge, so it will be the place where you can always find certain characters (for finishing quests). There probably should be a third floor as if you count the Player, Party and NPCs, between the Quest House and the Inn there may not be enough rooms, but not every NPC will have their permanent spot in their room. Some may be in the Windmill, etc.

The next mapping area was the resident houses. I actually made an empty map to use as a folder for them: 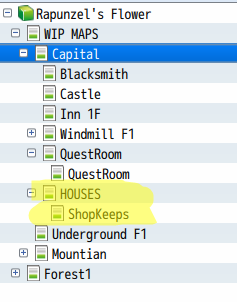 And thus, I started with the shopkeeps house: 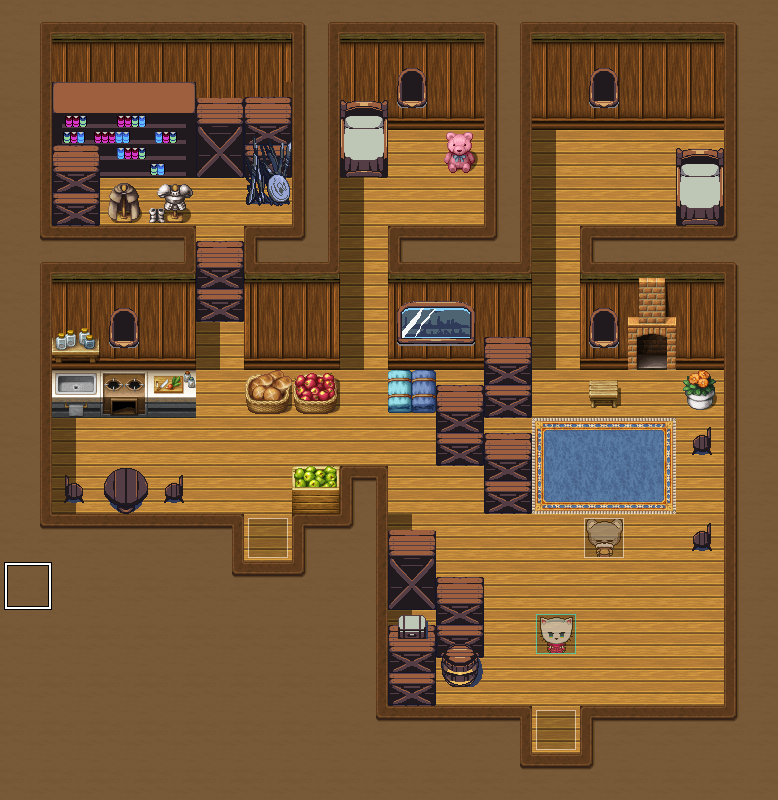 Not much to say here that I haven’t said before. Taking into consiteration the shape of the house from the outside I designed the inside. Story goes the Shop Girl lives with her old Uncle I guess? So he’s in here too. They both have bedrooms and there is a store room. I may add some more crates to the bottom right, but other than that. YAY a house!

So about that missing plugin…

Apparently I at some point deleted YEP_RegionRestrictions? Weird. As I need it for these passages to not mess up. We even have some like that in the forest. 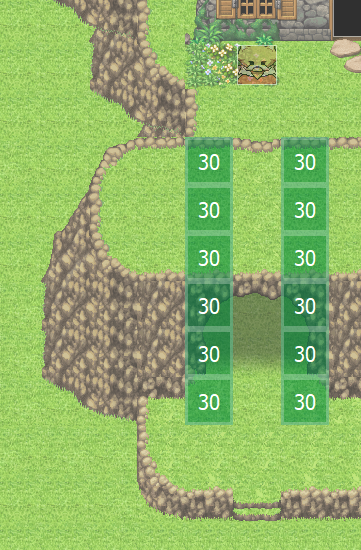 So after making sure these region ids were in the right spot I tested and could still walk through walls I shouldn’t. I checked the plugin to make sure I had the right region set and…there was no plugin. Hahah…don’t really know when or why I got rid of that plugin but I put it back and everything works!

More mapping and a bit of bug hunting :3