Okay, I haven’t written about the last set of mapping I did yet, but I was typing down some ideas I had and am going to paste them here so I don’t loose them nor have a random .txt file running around:

JUST PASTING IN SOME NOTES

Okay, I haven’t written about the last set of mapping I did yet, but I was typing down some ideas I had and am going to paste them here so I don’t loose them nor have a random .txt file running around:

NPC Quests can use the Elemental Butterflies as mini bosses for harder quests: 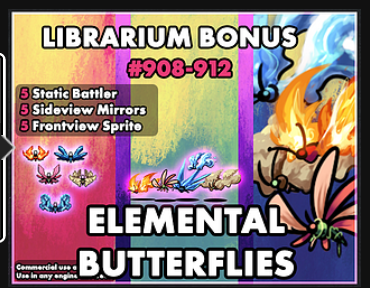 have quest board update every 2nd and 5th check, by keeping a self var and checking if the player has left and come back to the Quest House

– have 1-2 quests completed add a star to friendship level

– be able to craft more powerful stuff by needing a weaker blade: water blade 1 + dark ore = dark water blade and other stuff like that.

SO BEFORE THAT I HAD DONE SOME MORE MAPPING

Really just a few more houses, this on is the most interesting however: 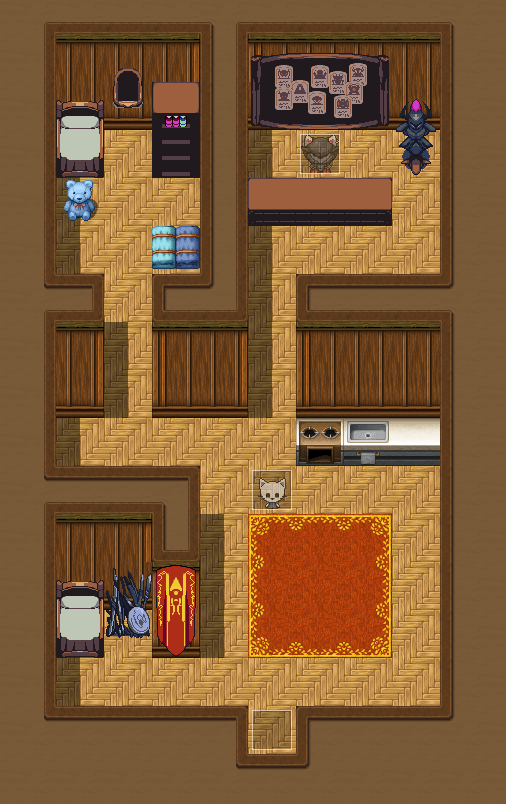 And not because of the layout or anything but the characters. This is the house of the Guild Master who oversees the Quest House with the Quest master. Here he is in his home with his son. 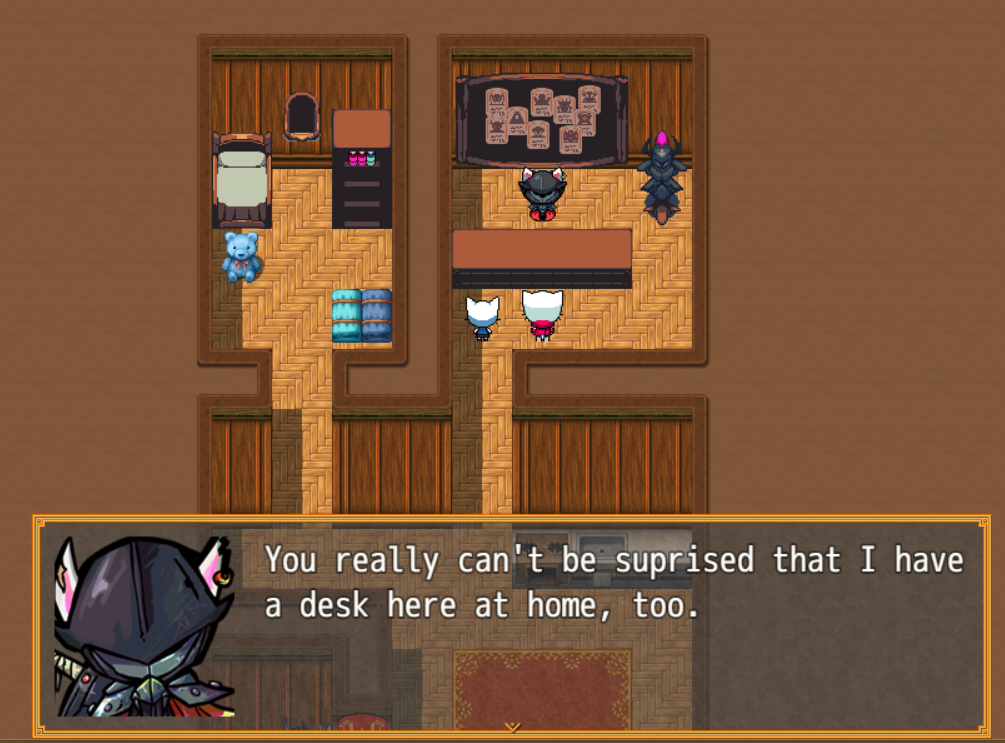 This is the interesting part though, as I mapped this and chose the resident for it, it helped build some personality. Apparently the Quest Master, a ‘retired’ hero, is a bit of a workaholic and so has an office at home as well.

And a cute little son. He so cute.

This game doesn’t run on a time system so it’s not going to be Harvest Moon style ‘find so and so at noon at this place’ but rather I’m going to have it to where there is a map location you can ALWAYS find a character (The Guild Master will always be at the Quest House, the lil boy will always be in his home, etc)

However characters can be found at other areas as well, and this will just play off some RNG on whether or not the NPC will be visible there, with some conditions to make sure it doesn’t appear when it shouldn’t.

Are you glad the dev logs are back? I am! I have so much content in draft posts….about 5 weeks worth!

Thanks again for all your support and God bless,
Meike Kima