One thing I didn’t want to use with this as well was the stock animations. First though, I wanted to test that I could copy animations from one project into another, that way I could delete all the animations in RF, but easily copy patterns over from another game project. That did work, so out went ALL THE RTP ANIMATIONS.

And in went Quantum. 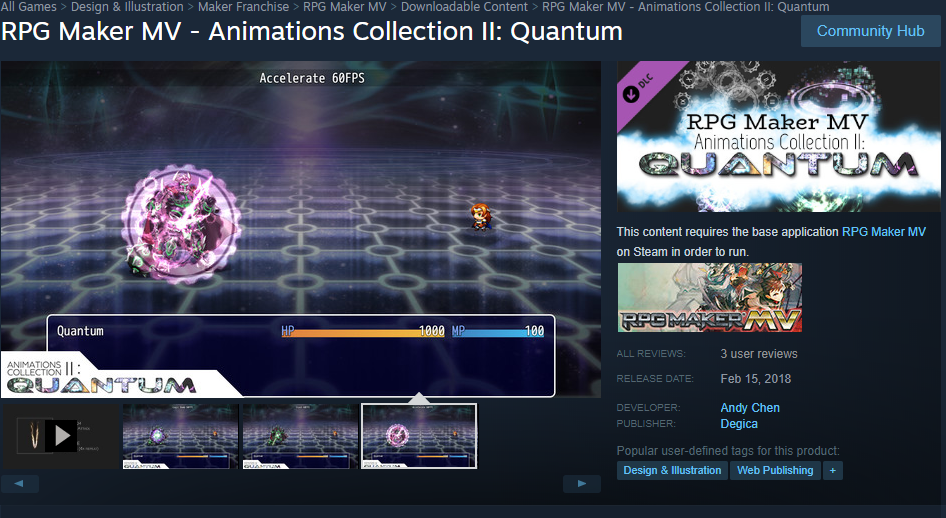 An animation DLC pack I got. Normally I don’t like getting resources through any of the RPGMaker stores as they restrict engine use, but whatever. I’d only use these animations in RPGMaker anyway.

This is what the basic attack turned into, and right now is the only animation I have. Heheh. 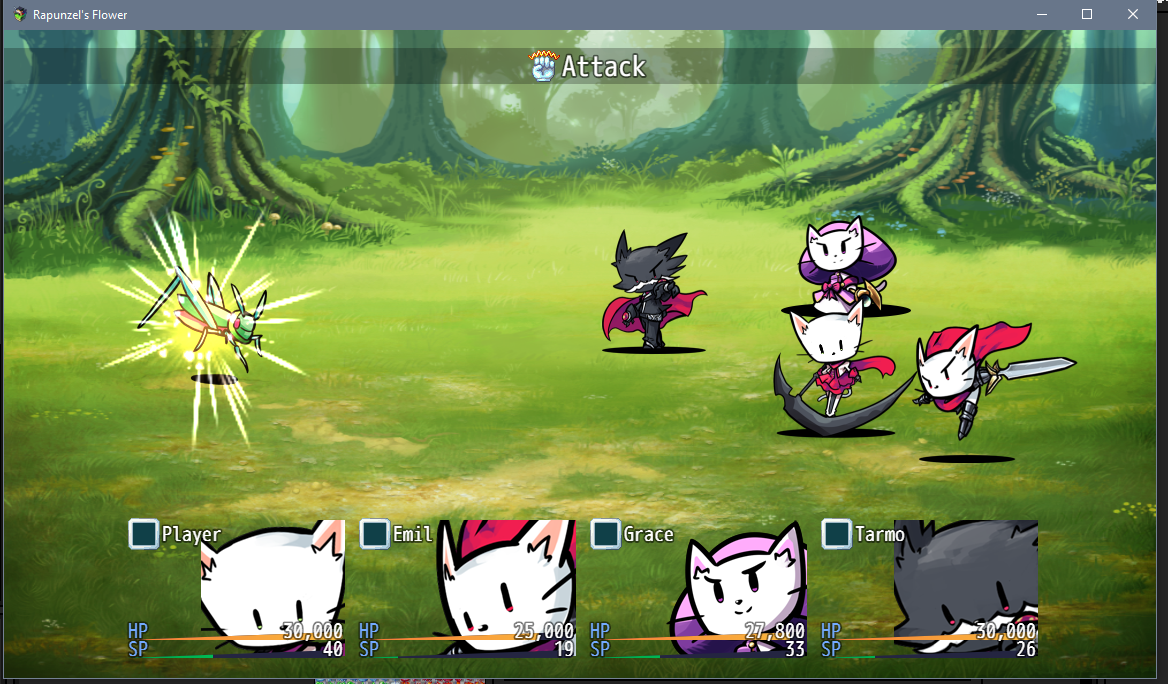 Another thing I did that I really can’t show ya’ll is that I added music. This was actually the first large resource folder I wiped clean to use DLC with.

Er, yeah, I know I just said I don’t like using DLC because of the RPGMaker restrictions, but most of my music DLC were on sale when I bought them….

I actually have the Karugamo Contemporary packs, and their sound is rather unique, so I decided to grab the first Fantasy bundle, and plan to try and stick to only its tracks for RF, though I may have to throw some of the Contemporary tracks in too which I added KC 2 into the game folder just in case.

If you go to the page https://www.rpgmakerweb.com/a/visualnovelmaker-music-sound/karugamo-vol-1 you can hear some of the tracks, so you can get an idea how the game will sound.

WORKING ON THE DATABASE

I know that it seems like most the stuff I’ve been working on fall more on the cosmetic side than the actual mechanical side, but I have been working the mechanics too. I’m working on the crafting system, which has me also playing with creating some items and figuring out how monster drops will work.

I have all my base ingredients (or at least the ones I’ll start off with) in the database, which then I made a Spreadsheet page for, listing the name and database item # for each item, that way I can make a list of recipes for my crafting system, having everythings’ item number I need to put in the parameters ready to go, with the items names for my own readability as I work: 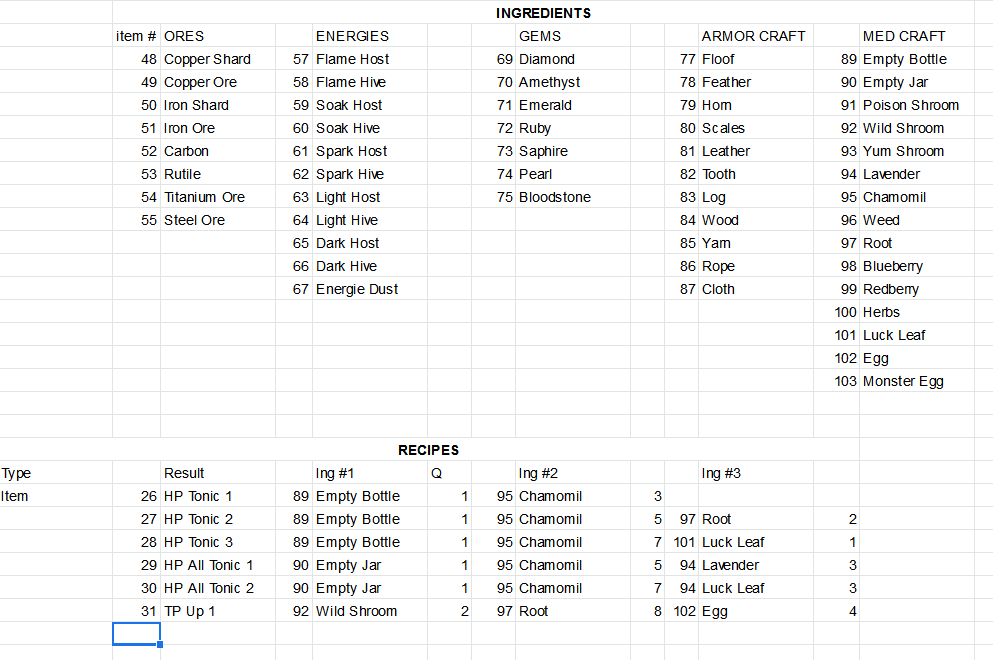 As you can see I’ve already started trying to figure out the recipes for the health items, but I’ll admit, I don’t know how they’ll change as I try and balance the game. I have to consider how easy it is to get an item, how many the player will be able to easily (or not easily) get, and then how many should be used based on the crafting item’s own rarity. We don’t want a healing HP All to be simple to make, as that would just make the game too easy, while it would be ridiculous to have a basic HP Tonic require too difficult of ingredients to find.

While I know my games Battle HP Damage, HP, and Money numbers are high. I’m not actually planning for the item numbers to be completely ridiculous either. It may take 10 of an item to craft something, but at least I’m not asking for 20 or more, as those numbers are large, but unnecessary. 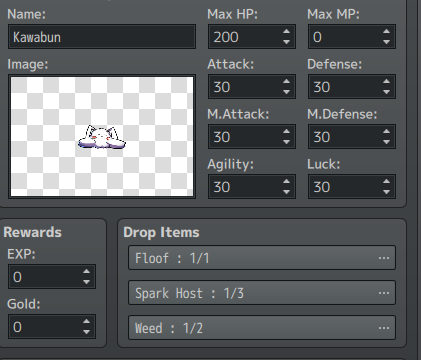 And yes, the EXP/Gold drop rewards are left 0 as those are determined by a notetag.

Yikes. Those 5 weeks of draft posts disappeared fast. And I’m not sure how far I’ve gotten with RF since. I’ll have to start making new drafts soon!

Again, thank you for all your support!
Meike Kima