So one of my favorite plugins, that I’ve yet to fully experience all it’s goodness, keeps getting better!

So from my understanding, this will expand what I can do in RF greatly. I had already wanted weapons to add what skills the player knows, with this, it seems like I can make weapons be customizable and make creating and choosing your weapon even better.

I haven’t gotten to play with it really yet, but I’m looking forward to using this feature in RF! 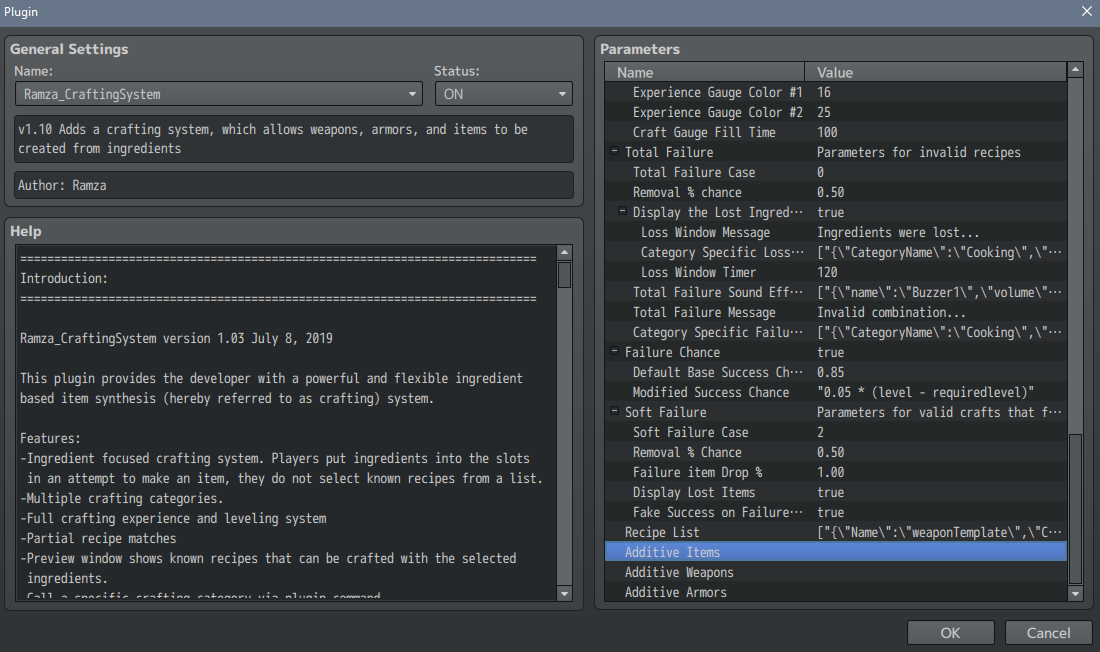 Anywho, hopefully today I can get some work in while Hubby watches TV, the girl is still napping and the boy…well the boy rarely names these days.

So with this additive ingredient system, it helped solve an issue I was having: 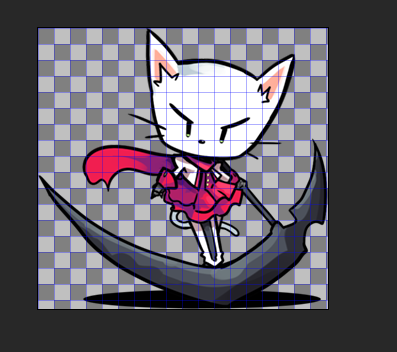 See that scythe? That’s on the playable character but isn’t (wasn’t) a weapon in the game. And she’s able to equip other items but her image won’t change. I can live with the image not changing depending on what they have equipped, but…holding a weapon that isn’t even in the game?

So I decided that each character will have a starting weapon that’s related to the item they are holding in their picture. This starter weapon will be on the weaker end of whenever the character enters the party (most enter early game).

I can’t exactly remember when the thought of making recipes to level them up happened, but I do know that the additive ingredients update greatly expanded what I will be able to do.

You can add skills/power ups to these weapons via ‘ingots’. The starting weapons won’t become the most powerful in the game, but this will extend their lifetime in the game. 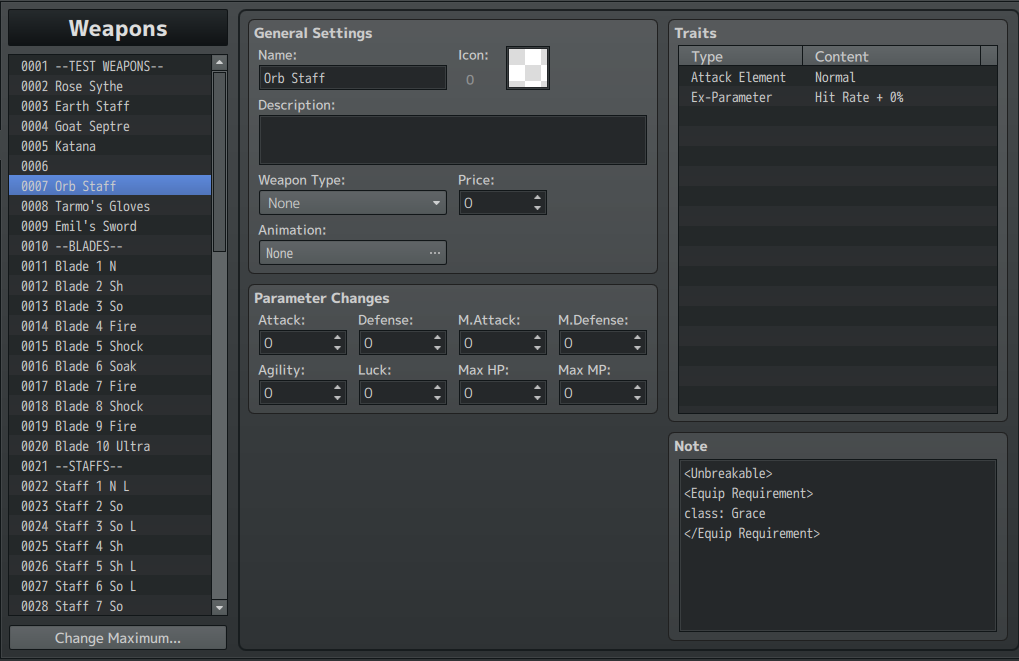 These starter weapons can only be equipped by their original user. I’m thinking about the weapons for the other player character choices, and perhaps those can be unlocked post-game in the dungeons? IDK. Not sure.

But that’s the plan so far.

So now I can plan to make weapons unique not based solely on what moves they add, but on other power ups, and let them be able to equip with ingots their skill usage. Not sure if it will always be an ingot. Being this is based on Energies it should probably be a type of Energy Hive/Host and the ingots add other type of abilities.