So into the database I went to add the party’s starter weapons, I also made a version of it  for the crafting with ingots, but I’m wondering if I can just make a recipe that just makes the original item that requires an ingot…so like it’s a loop of making the same item but having the ability to have different qualities. 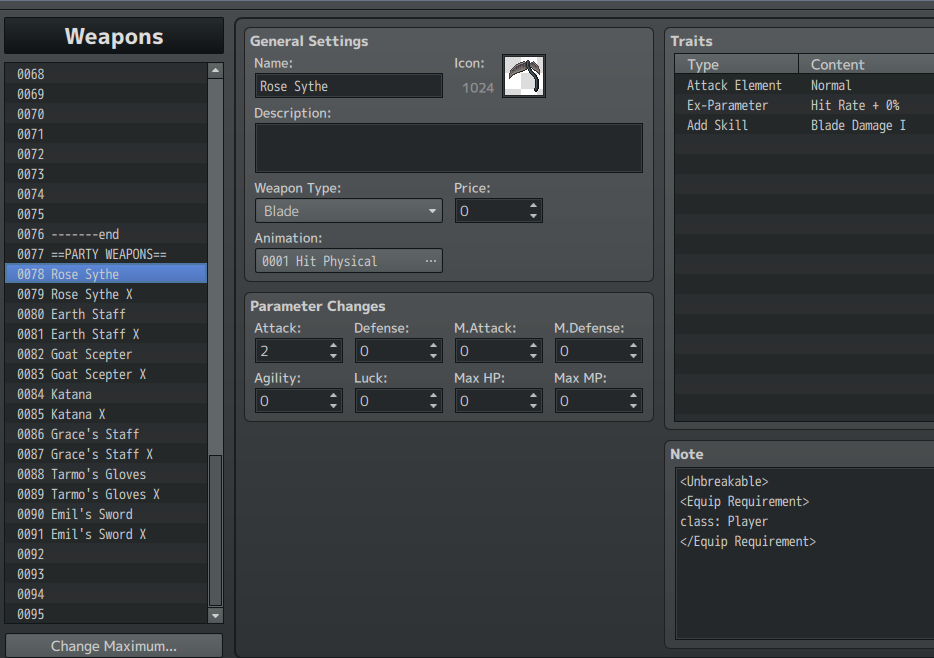 Which I think will make the Item Rename plugin we are using even more useful as the player can then rename their custom weapons whatever they want so they know what they are. 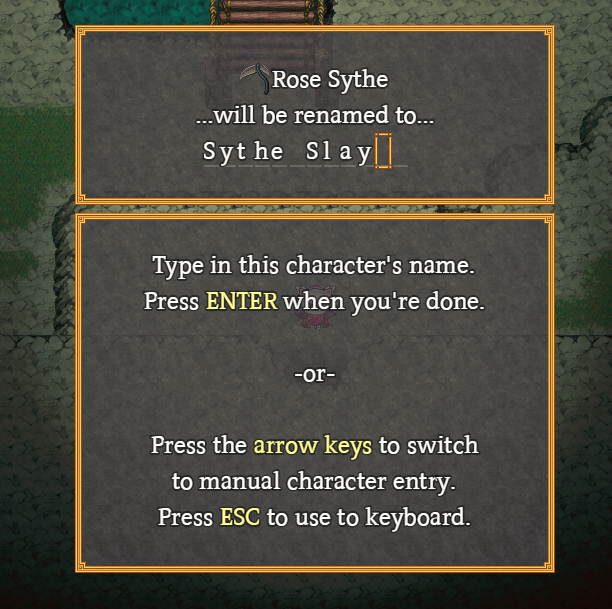 On the other end, that meant I needed an icon for the scythe…and then realizing how detailed the scythe was I started to make the unique icons for all the starter weapons more resemble the weapons in the battler images:

These are just my own edits of Avery’s sprites that I was originally using. I started making some slight coloration variant ones in the thought that I may change them into a different item, and perhaps if not, maybe see if the icon can be changed with an ingot. Not sure if it can do that I can’t remember everything they can do.

So, I wanted my static enemy battlers to have a breathing motion, but I also wanted the player characters to breathe too, but since most assume you’re going to use animated side view sprite for that I couldn’t find a plugin that would let me add breathing to the player’s party.

So I went to use Yanfly’s animated SV Enemies plugin to be able to show breathing enemies but for whatever reason that was causing an issue:

I have too many plugins to try and figure out which ones were conflicting but I did try making sure my YEP Plugins were in the right order then I tried rearranging some plugins I thought could be mucking it up but with no change.

So I gave up on using the YEP script and looked for another script that could add breathing animations.

So I found one (that had a YEP Patch as well) that seemed to work and gave me the desired affect. Thanks Rexal for having an alternative! 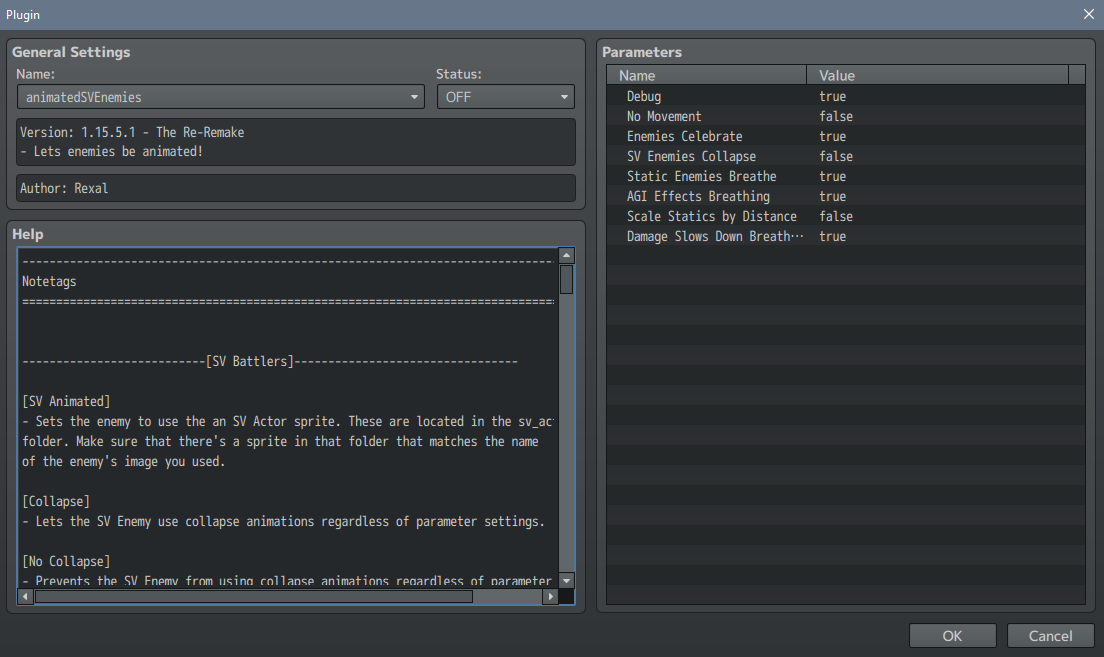 I’m going to see if I can add a gif here:

Well, it’s working in my Google Doc, we’ll see if it will translate to Patreon/My Website later.
(it worked! Anywho the Gif quality isn’t that great, but you get the idea of the breathing)

Thanks for reading and I’m glad to have updates back!